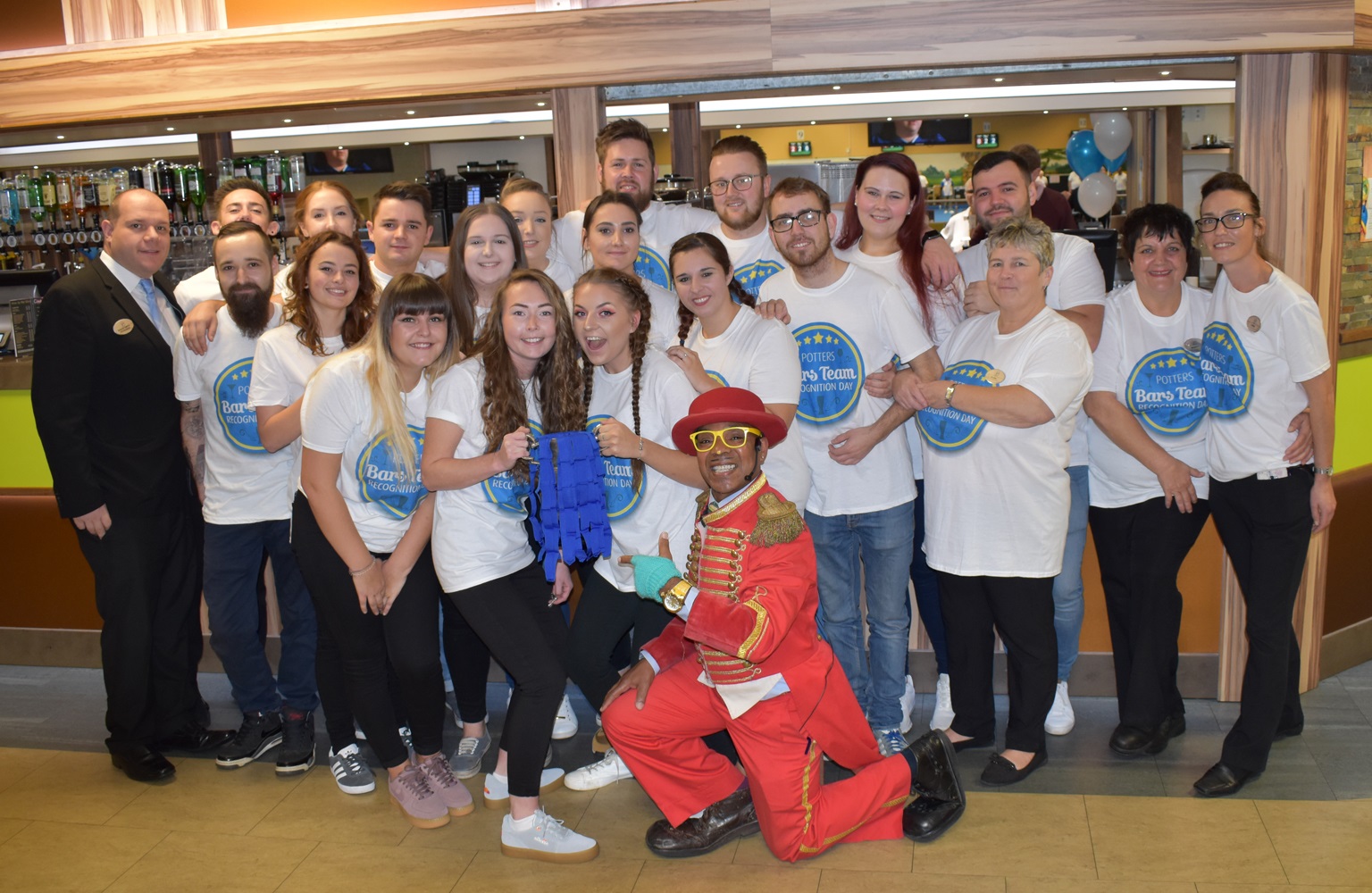 On Wednesday 17th October 2018 our fantastic bars team were celebrated by guests and fellow members of the team when we hosted a Bars Team Recognition Day.

From coffees to cocktails and chatting to you about your well-deserved break, we know that you appreciate our hard-working team as much as we do. Bartenders not only make drinks, but also make sure the bar area looks tidy and chat to guests.

The hard-working team were treated to an It’s a Knockout style challenge, consisting of making a puzzle the fastest and games including hitting a football into a net with tennis bats, skipping, karts, netball and even getting tissues out of a box the fastest! The orange team were the winners and won a special trophy.

The 33-strong team were also treated to a game of TenPin bowling, a treasure hunt around Resort, pizza and drinks. Other members of the Potters team helped cover the bar while the team enjoyed the afternoon.

A raffle also took place, with money being raised for Potters Friends Foundation, with the total being announced when the raffle closes in the next few days.

We caught up with Shaun Smith, who looks after the bars, who said: “The team work really hard, doing long shifts and working until early in the morning on our drinks inclusive breaks. I’d like to thank the team for their commitment and for their friendly, positive attitude and it’s been wonderful celebrating the day with them. Not only has everyone had lots of fun and raised money for worthwhile causes, through the Potters Friends Foundation, but it has also been a really great way for the team to bond and have fun together. Thanks to everyone who has supported the day.”

Here’s what your favourite cocktail is traditionally made from…