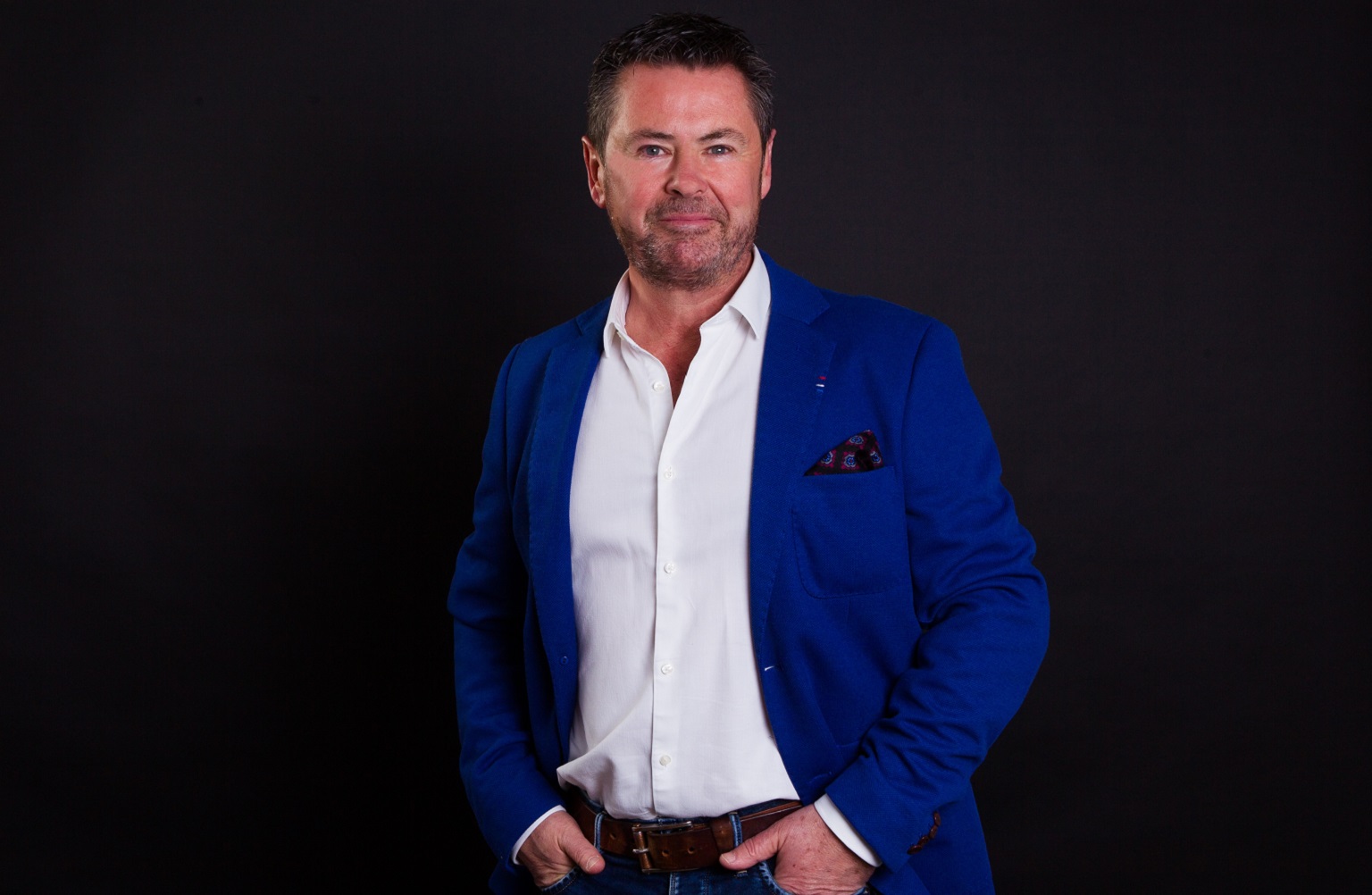 Jeff Hooper is one of the most talented and best liked singers on the European music scene, and developed his talent as a singer with the famous Syd Lawrence Orchestra

Early in his career Jeff worked with Matt Monro (who taught him how to tie a bow tie!), Morecambe and Wise, and Stephane Grapelli. Jeff came second in the Star Search USA show in Hollywood and was then voted one of the top three rising stars in the world by the Frank Sinatra Music Society.

Jeff likes to give really well presented shows with entertaining dialogue and, combined with his magnificent singing, has made him a popular figure on the music scene. Jeff Hooper and his Swing & Easy Big Band in full swing are a sight to behold and we caught up with the singer for a chat…

You've been in the business for 40 years. What's the highlight from your career to date?

“I am lucky enough to have had many highlights during my career but being a part of an internationally known Big Band, the Syd Lawrence Orchestra, aged 21 for 10 years was a major achievement for me. I also did numerous broadcasts for Radio 2 with the BBC Big Band and various other orchestras during that time, so singing day and night became the norm and I loved it!”

How did you get started in the industry?

“I won TV’s New Faces in 1974. I was the youngest ever winner and acquired a recording contract with EMI. My voice broke shortly after so it was back to the drawing board, but I never gave up the dream of being a professional singer.”

You've worked with some pretty iconic stars over the years. Who has been your favourite and why?

“My favourite singer is Tony Bennett. I interviewed him for the BBC during the mid-90’s and what should have been a 20 minute chat turned into an hour, and I ended up singing with him at the end of the interview. He is a very kind gentleman with enormous talent and I love his work.”

“I enjoy working alongside great musicians and am fortunate to have many close musician friends who I admire greatly. To pinpoint one person is difficult but I guess it’ll be Gino Vannelli; he’s a fantastic singer, songwriter and producer. He can produce my next album if he wants - I wish!”

Do you like doing TV work or do you prefer when you're just live in front of a big audience performing?

“Give me an audience and I’m in my element, I love performing. Although I’ve done a lot of TV work over the years, which I’ve enjoyed immensely, being on-stage with a live roaring band is still exhilarating.”

What music do you listen to when you're not working?

“I’m a Jazz/soul man at heart; Al Jarreau, Steely Dan, Gino Vannelli. Anything that swings is ok with me and my favourite jazz player is Clifford Brown, who was taken from us far too soon – he was a fantastic trumpet player. I also love classical music and these days seem to have that on the CD player more than anything else. Would love to perform something operatic one day!”

What's the best part of your job?

“Without doubt the best part is performing. I still get nervous before I go on which I think is a good thing, but excitement soon takes over! I also enjoy the recording process but I’m the first to admit that I’m very slow and indecisive when it comes to choosing material. I guess that’s because there’s so much wonderful material to choose from.”

What's your favourite song to perform?

“I don’t have one particular favourite but, from an audience point of view, it seems that ‘How do you keep the music playing’ is popular, so that’s always in the show.”

Are there are countries that you haven't been to yet?

“I haven’t been to Japan, New Zealand or the Philippines.”

What did you want to be when you were younger?

“Growing up during the late 60s and early 70s, I wanted to be like Cliff Richard. I used to get my haircut like his and try to copy his stage movements, so all along I was an aspiring singer. I never dreamt of doing anything else so how lucky am I to live the dream.”

How would you describe your voice?

“I have a baritone voice but am very fortunate to have a wide vocal range. I enjoy the challenge of singing something that is possibly a little on the high side and then having to really go for it, it’s scary and thankfully comes off most times, but not always!”

Have you ever forgotten the lyrics on stage?

“Many times but you must carry on regardless. I was singing on a live Radio 2 broadcast from the Royal Festival Hall and Ernie Wise was the special guest I recall. The song I really messed up was Elmer’s Tune but I managed to redeem myself by making up other rhyming lyrics, much to the dismay of my boss Syd Lawrence who was not impressed.”

What's your top tip for budding younger musicians who dream of being a singer and part of a band?

“It’s a wonderful business to be in but it does demand a great deal of time behind the scenes learning your craft before you can achieve anything onstage. Practice, practice, practice and then practice more, then get out there and play or sing at any venue and grab every opportunity you get to perform. Take it seriously, watch and listen to others but be you, develop your own sound and style. If you’re a singer have lessons, it’ll teach you to look after your voice and how to use it correctly.”

What's next for you?

“I’m currently working on material for my next album, as well as putting together two new exciting shows, and when the sun comes out again I’ll be on the golf course.”

What can guests expect from your appearance at Potters in June?

“I like to surprise! There will be Big Band classics of course but it’s important to keep things fresh and include a few not so well known numbers. I like to entertain and that usually involves impromptu shenanigans with the musicians, and we like to have fun too. Potters audiences are Big Band enthusiasts and very musically intelligent, and I hope that when we’ve finished our show they will leave with a swing and a smile.”

Jeff regularly appears with the BBC Big Band and has also had the pleasure of performing twice for the late Diana, Princess of Wales on two private occasions and she became a member of his fan club.