Your guide to the Just 2019 World Indoor Bowls Championships

Between Friday 11th and Sunday 27th January 2019, we are once again welcoming the world to Hopton-on-Sea as we roll out our famous blue carpet to host the Just 2019 World Indoor Bowls Championships.

The highlight of the indoor bowls calendar, we will be hosting bowls biggest tournament for the 21st year running in our impressive 1,100 seat International Arena. The very best players from around the world, together with up-and-coming bowls stars, will descend in Norfolk for 17 non-stop days of bowls.

A range of short breaks and day tickets are available throughout the Championships, so you can be one of 20,000 spectators over the course of the Championships who experience the thrilling world class sport live. Choose from the exciting opening weekend as play gets underway, which also includes the Annual World Bowls Tour’s Awards and Gala Dinner evening, right through to the nail-biting final.

In the 2018 Championships Ipswich’s Katherine Rednall won the women’s singles title, Mark Dawes won the open singles title, in the mixed pairs Jamie Chestney and Lesley Doig claimed victory, and in the Mark Dawes and Jamie Chestney won the indoor pairs. And 2019 is set to be another electrifying year at Potters, with the final week being televised live by the BBC.

We don’t want to be biased but our very own bowls ambassador, Greg Harlow, is currently ranked as the world number one indoor bowler, so we are backing him to go all the way. Here is a brief profile on Greg… 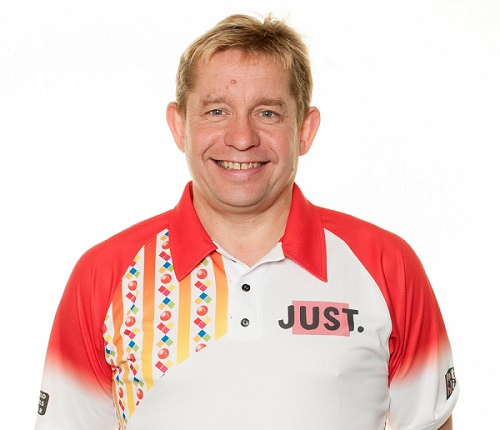 Greg Harlow, from Ely, is the current world number one for indoor bowls. Greg reached the final of the World Indoor Bowls Championships open singles event in 2017, narrowly missing out to Scotland’s Paul Foster. He won the Championships in 2010 and the pairs event in 2014. Greg is the only player to have won three consecutive International Open Titles.

We caught up with Greg, who said: “The Championships are the highlight of the bowls calendar. It’s the 20th year that Potters has held the Championships and the Potter family has invested more in the sport than anyone else, and that shows in the bowls facilities on offer.”

“The atmosphere of playing in front of big audiences and having millions of people watching us on BBC TV during the final week is so unique and it’s the biggest audience of any bowls event. However, I tend to be focusing so much on my game that I don’t tend to notice the cameras!”

“Being at the Championships sitting in the Arena is nothing like watching it on TV. It is so exciting and unpredictable, and you will see the best in the world play at their sport.”

Greg’s bowls career started aged 11 when his parents got him involved in the sport: “Both my parents played bowls and I became interested in it at around six-years-old. I always loved sport, but I was better at bowls than anything else, and it’s just a fun sport that anyone can do. If I didn’t get pleasure from playing bowls still now then I would pack it up.”

History of the Championships

Bringing the tournament to Norfolk was the brainchild of Potters Resort’s chairman and tourism innovator Brian Potter MBE, who passed away in November 2014.

Trying to think of a way to encourage people to come to Potters midweek and all year round, he had his ‘Archimedes moment’ one day and developed the winning idea of offering bowls breaks.

In the mid-1990s, Brian approached the World Bowls Council and asked if they would consider moving the World Indoor Bowls Championships from Preston if Potters built a new facility.

Despite an initial negative response, Brian and Judy felt strongly that there was a real opportunity to be taken, and in 1997 started work on a six-rink international standard stadium – a total investment of £2.5m.

The stadium officially opened in 1998 when Potters hosted the national England Ladies’ Championships.

The event was an enormous success and when the World Bowls Council saw the facility in action they moved the championships to Hopton the following year.