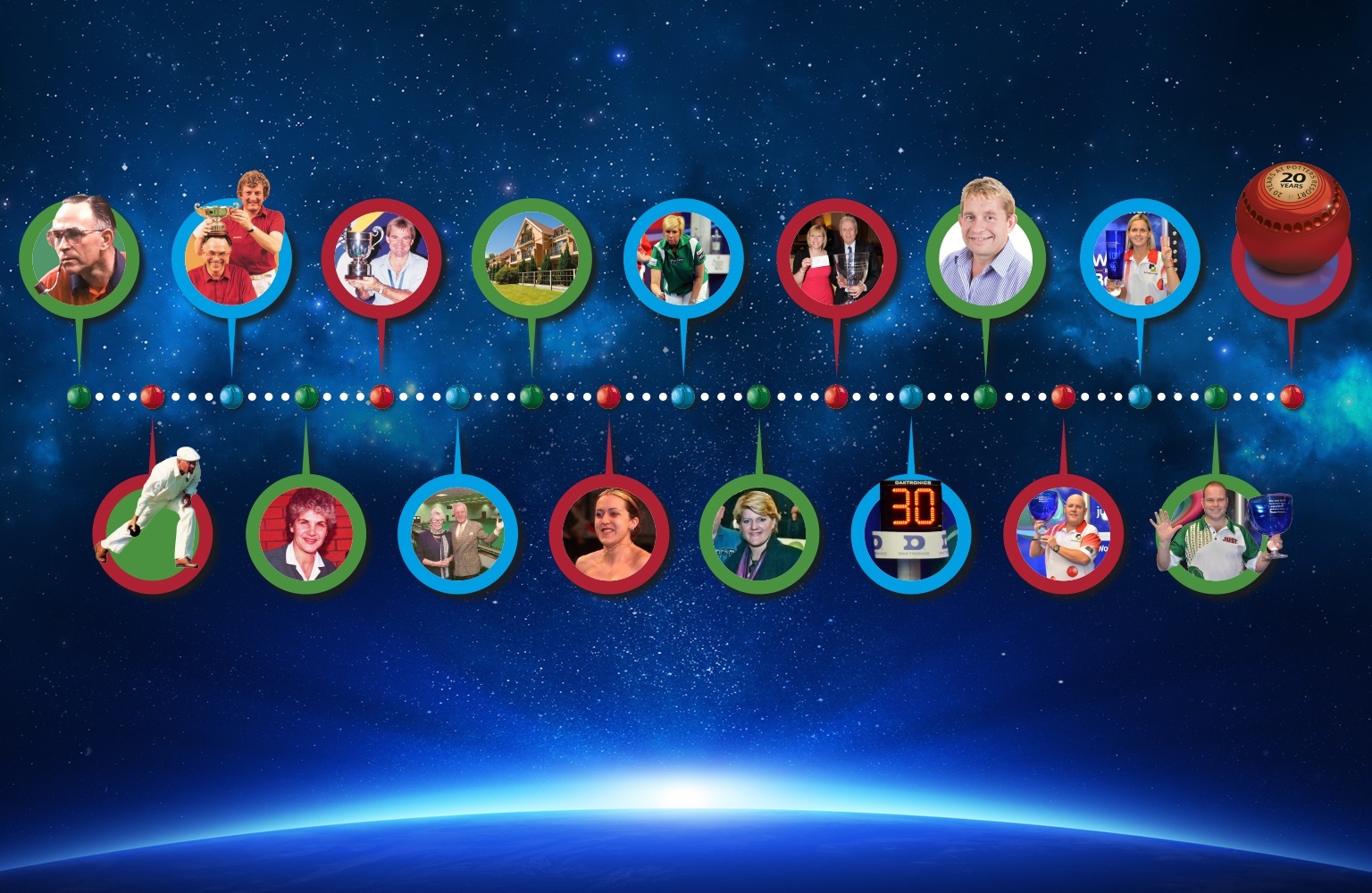 The blue carpet in the International Arena has been rolled out and the best bowls players from around the world are making the journey to Norfolk to compete in The Just 2018 World Indoor Bowls Championships.

Now underway, bowls biggest tournament is celebrating 40 years of thrilling bowls in 2018, and Potters is hosting the Championships for the 20th year running in the 1,100 seat International Arena.

To celebrate, here’s some key milestones from the last 40 years. Remember when… 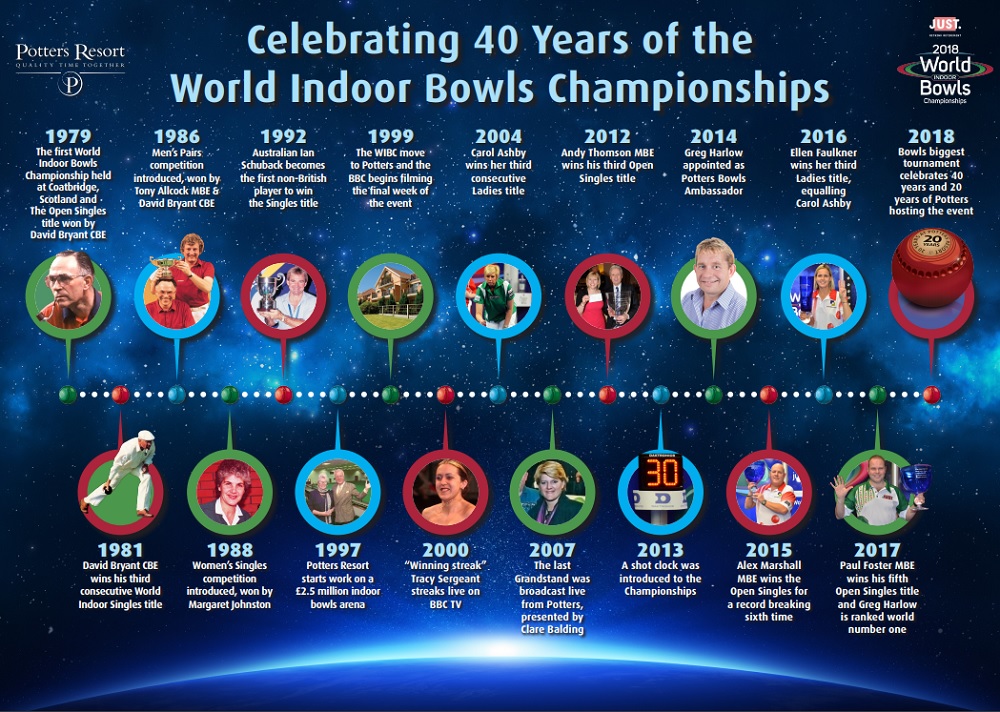 • 2007 - The last Grandstand was broadcast live from Potters, presented by Clare Balding

• 2013 - A shot clock was introduced to the Championships

We caught up with Alex Marshall MBE, who said: “Potters is my favourite venue. To win the world title once is marvellous but to think I have won it six times is unreal, and this is where I have won all of them. It’s a very special place and it is my second home. I love the place, the food, entertainment, bowls facilities and the accommodation, and all the friendly team too, so it is very special coming back every year.” 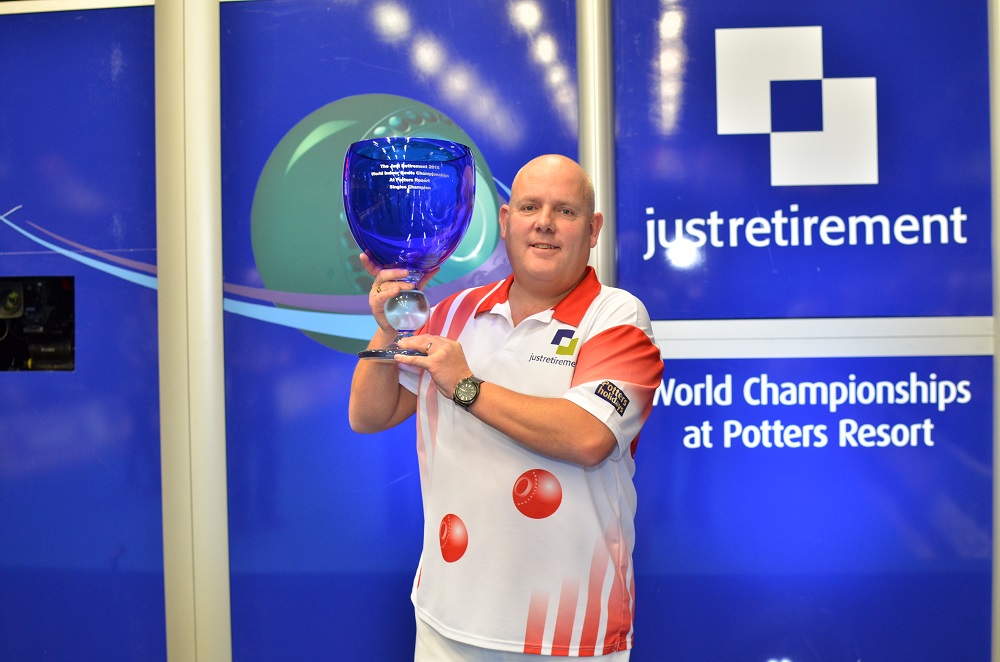 Did you know? Back in 1999, they played with black bowls adorned with coloured stickers, wore red and yellow cotton polo shirts, played 7-shot sets and they even played on a green carpet!

But how did it all get started at Potters? Here is some history of the World Indoor Bowls Championships at Potters Resort…

Bringing the tournament to Norfolk was the brainchild of Potters Resort’s chairman and tourism innovator Brian Potter MBE, who passed away in November 2014.

Trying to think of a way to encourage people to come to Potters midweek and all year round, he had his ‘Archimedes moment’ one day and developed the winning idea of offering bowls breaks.

In the mid-1990s, Brian approached the World Bowls Council and asked if they would consider moving the World Indoor Bowls Championships from Preston if Potters built a new facility.

Despite an initial negative response, Brian and Judy felt strongly that there was a real opportunity to be taken, and in 1997 started work on a six-rink international standard stadium – a total investment of £2.5m.

The stadium officially opened in 1998 when Potters hosted the national England Ladies’ Championships. The event was an enormous success and when the World Bowls Council saw the facility in action they moved the Championships to Hopton-on-Sea the following year.

Here’s to another fantastic 20 years at the home of bowls!