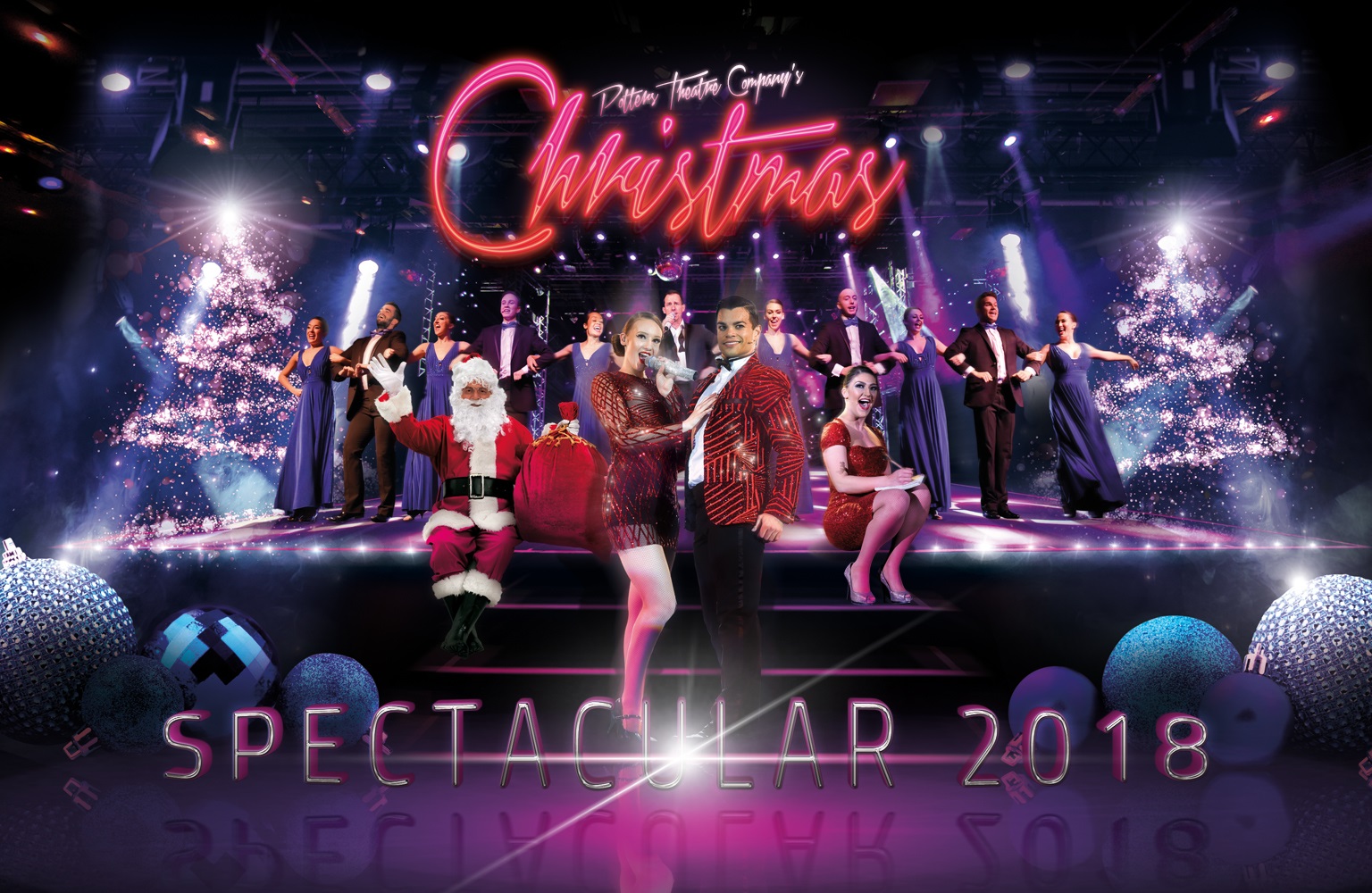 Your guide to the 2018 Christmas Spectacular

Celebrating, in colourful song and dance, all that is great about the festive season, you’ll definitely know that It’s The Most Wonderful Time of the Year when Potters Theatre Company perform their 2018 Christmas Spectacular.

Delivering a feast of visual treats and unashamed nostalgia, we caught up with some of the team involved in putting the show together so that they can tell you in their own words what they have planned… and we can’t wait!

Creative Producer/Director, Nicky Hathway says: “The pressure is on again for us, as the Christmas Spectacular is our most anticipated show of the year, and what makes it harder is that the content has to please every age, as it is performed on Family, Weekend and Midweek breaks, so we have to create a Christmas show for everyone. The show includes as many Christmas classics as we can fit in from over the years, so that there is something for every generation, of course not missing out on big hits from Slade, Roy Wood, Frank Sinatra and Bing Crosby. Potters Theatre Company love to perform the Christmas Spectacular as it really is like celebrating Christmas over and over again.”

The task of creating a new show each year is even more of a challenge when considering that so many guests return every year to watch the latest Spectacular, and want a traditional show celebrating the festivities, but also something fresh and surprising.

Remembering and celebrating what’s important at this time of year, whenever possible we like to feature local children in our Christmas Spectacular. This year will be no different as we audition local youngsters for key roles in the 2018 show, with the lucky dozen appearing in the magical opening scene. The Spectacular opening is set on Christmas Eve, with children full of excitement and anticipation of Christmas Day. However, their sleep is soon interrupted by the arrival of Father Christmas and his Elves, who bring Christmas magic and fun to the proceedings. When Christmas morning arrives the stage will be filled with music and laughter, and the party atmosphere continues as the festive soundtrack brings classic songs from yesterday and today together for the first time. Swing, Motown, Pop and so much more will build to an incredible finale with lots of audience participation.

Throughout the show you can expect the usual fantastic visual spectacle of costumes and wonderful sets, and our huge LED screen will transport you from one incredible scene to another in seconds. The Christmas Spectacular is one of the most expensive shows we ever produce with hundreds of lavish outfits, wigs, shoes and props. The costumes alone take weeks of being made, fitted and embellished with the all-important finishing touch of thousands of diamantes before they make their way to the stage.

As well as plenty of chart topping Christmas number ones and festive favourites, there will also be new songs and rarely heard music to leave you guessing what’s coming next.

Vocal arranger, Leanne Mitchell, says: “The joy for me is finding new life in old songs and presenting well-known Christmas tunes in an unexpected way, building and layering harmonies to create something original and yet familiar. You can’t stray too far from the charm of the original, but looking for ways to embellish classic songs is a real treat for me.”

Musical Director Mike West explains: “The challenge for the band is to recreate the original sound of hit songs that span 50 years or more, which relies on not only great musicianship, but also the right sound on the right instruments, whether that’s a classic 1950s guitar or an 80s synthesiser. We don’t stop until we get it right.”

The comedy team are also on hand, as usual, to provide the festive fun, so we may well see a return of the Naughty Elves! They are keeping things under wraps, but there is rumours that the comedy team are preparing something special for the audience each night.

Comedy Team member Darren Gregory is looking forward to his first Christmas Show in years, saying: “I’ve enjoyed being part of the comedy crew in recent shows, but it’s been many years since I dressed up as one of Santa’s little helpers! I’m looking forward to all the fun we will have with the audience in the fast-paced show, even though it’s probably going to be bad for my elf!”

Helen Ramsey, our resident choreographer, is always looking for inspiration when it comes to creating the complex routines in the show, as she comments: “Christmas may be full of cheesy songs, but that doesn't mean that the dance routines need to be cheesy too. A lot of what looks simple is often very hard to do well, and luckily the standard of dancers I get to work with means that I can push them as hard as I can, without the fear of having to compromise. We all love Christmas and it is extra special to perform to audiences who also love the unique atmosphere of Christmas time.”

So, with children, Santa, Elves, chart-topping Christmas number ones and Christmas classics, dance, stunning sets and scenery, sparkling costumes galore and lots of laughter, what more could you want?

We gave Entertainments Director, Nigel Pattle, the last word on the show and he tells us: “I’ve been involved in over 30 Potters Christmas productions, and I’m always amazed at how Nicky and her team manage to come up with something new and exciting each time. There really is no better atmosphere than Potters at Christmas and every time we perform the Spectacular it really does feels like Christmas is here. This year I’m confident that we will once again raise the bar and that audiences will be thrilled with the results, and leave feeling like they’ve experienced the true spirit of Christmas.”