Clements vs Potters volleyball challenge 2019 – Find out if Potters won for the first time!

Every year, the ‘Clements’ group challenges the Potters team to a game of volleyball when they stay with us. Incredibly, the Clements have won every year in the 15 years that they have played us! Was 2019 the year that Potters was finally victorious? Read on to find out what happened on court…

On 24th October 2019 in the squash courts at Potters, the tension was mounting as the Clements party stepped on court to take on some of the Potters sales and marketing team. The oldest person taking part was 93, and Jonny Laff and Jordan from our entertainments team were on hand to compère the match, as well as help the Potters team!

It was clear from the opening shot that the Clements were highly skilled players and they even helped the Potters team with some advice and tips, and demonstrated how to serve before the match!

While there was six players on each side, there was changes to the team, meaning that around 30 members of the Clements team got a chance to take on the Potters team. Everyone had great fun, as well as a workout, and the end result was 3-1 to the Clements group. Well done to everyone who took part - maybe 2020 will be Potters year! 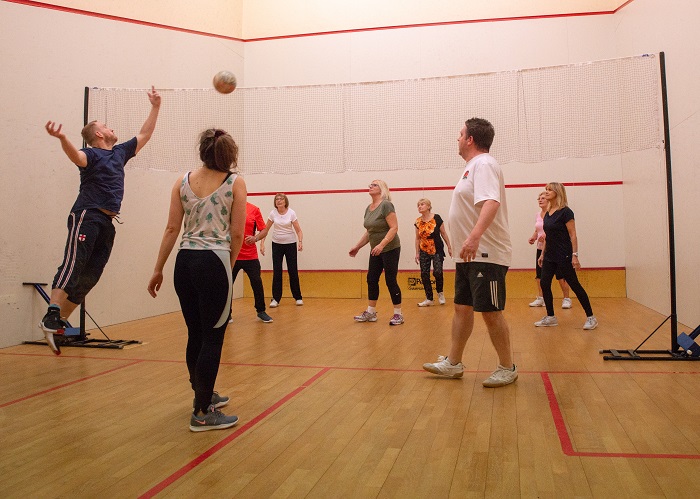 We caught up with Dave Birks, group leader for the Clements party, from the Southend area, to find out his thoughts on the match…

“We’ve been coming to Potters for around 30 years and we are a sporting group of over 50s, and meet up around three times a week to do a variety of sport in the ‘Clements Hall’ where we live. This volleyball challenge has become an annual tradition and we love playing the Potters team, and we all look forward to it! The team who just played with us were really good and we all had a great time in the hour we played. Some of them had never played before, so they did really well.

“As a group, we love coming to Potters because we get to do a variety of sports and generally have the facilities to ourselves when we are here. We like to do badminton, table tennis, volleyball and short tennis in particular. The food and entertainment is great too and we love getting away for a few days. Perhaps next year, we could take Potters on in some other sports too – if they are up for another challenge!” 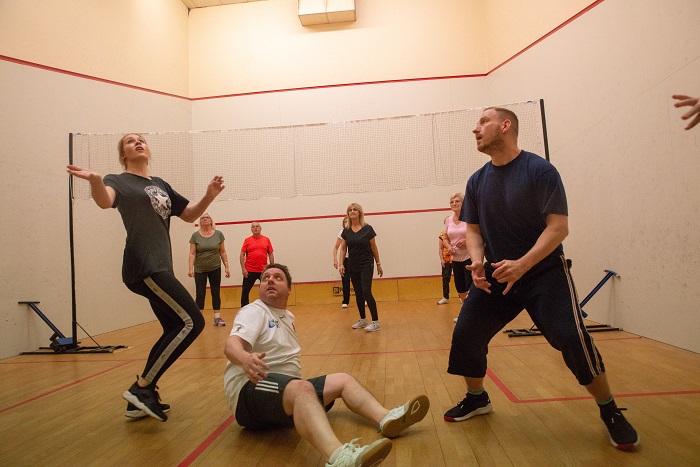 Do you want to try beating the Potters team? On our Family breaks we have a Challenge Us activity – and Potters has never lost!