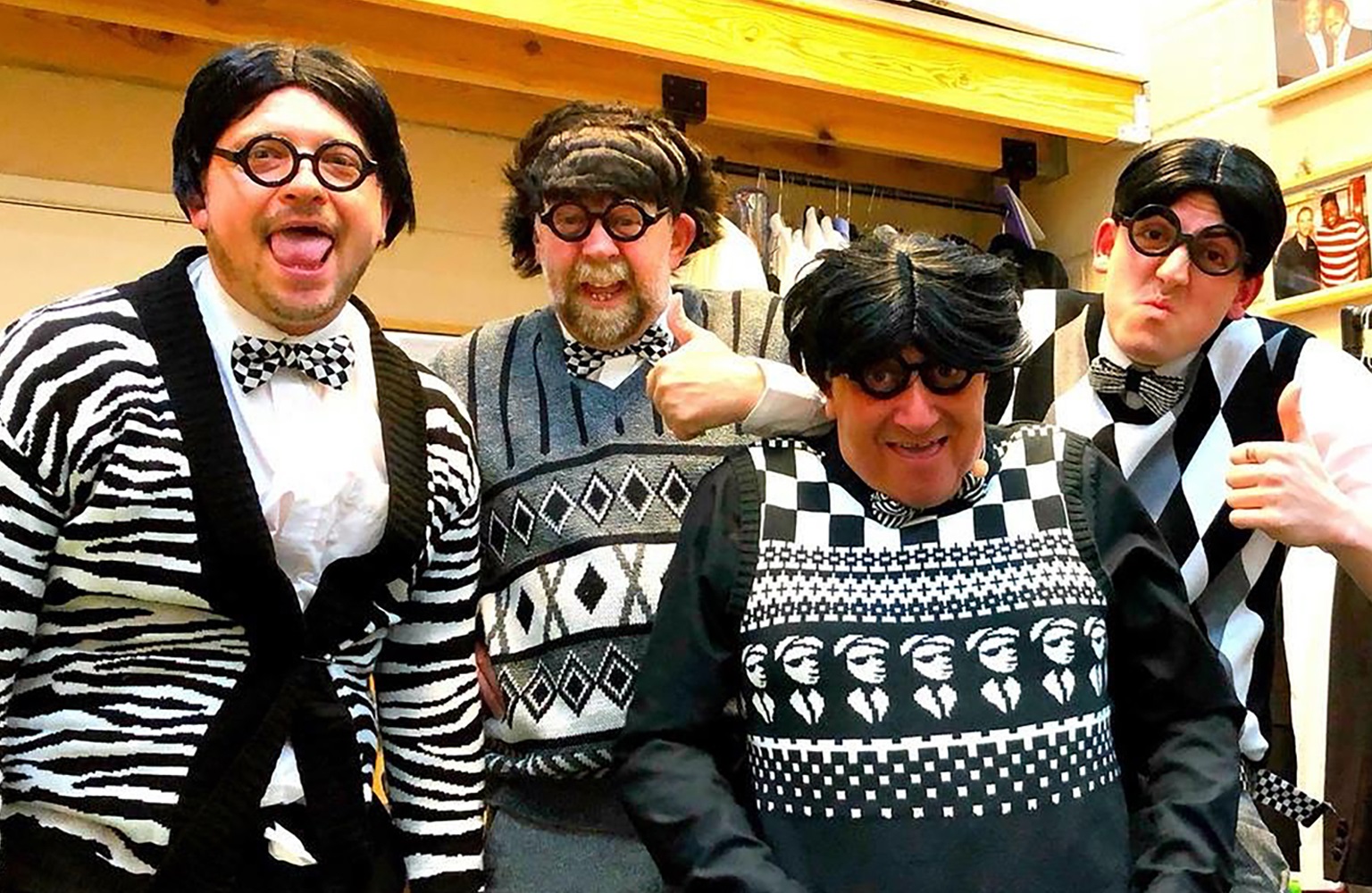 Darren Gregory is well-known to regular guests as one of our daytime entertainers, but did you know that he was part of Potters Theatre Company when he first joined the team over 20 years ago? Darren has recently made a welcome return to the comedy team, so we caught up with him for a chat.

Darren, tell us about your role...

I’ve been at Potters for 25 years and started off in the shows, but moved to day entertainments around 16 years ago. I was recently asked if I wanted to do some comedy again and I jumped at the chance. So, while I continue some of my day entertainments role, I am also now part of the comedy team performing in the shows. I love being part of the team again, and it’s funny as sometimes you don’t know what you had, until you get it back again, and it really has given me a new lease of life. It’s brilliant being back with the team and feels like the good old days again. We’ve also got lots of emerging new talent, with Jack and Jake also taking to the stage when needed, and our manager Chris is fantastic. I still do bingo, quizzes and Clay Shooting, so guests will be seeing a lot of during the day and evening!

So, how does it feel getting back on stage?

It’s really good, although the shows are very demanding! It really is on another level and I remember thinking that I would never be able to do the Riverdance, as it is so complex, but we blend in well with Potters Theatre Company. I think people who see the show for the first time will be surprised at how we do the dance properly and don’t attempt to be funny. None of us comedy team members are dancers though! It’s also been lovely having guests come up to me and saying how good it is to have me back. Of course, everyone has their favourite entertainers, but I just try to enjoy myself!

Are you naturally funny?

I’m not a natural comedian, but other members of the team like Johnny Laff are great at doing things off the cuff. I can go and do fillers now if needed, the only thing is that if something technical happens you can never be sure how long you will be needed for! However, I have now learnt not to ask a whole crowd if they are celebrating any special occasion, as I got nine people say yes last time and tech crew ended up being ready after two minutes, while I’d only just got the first one on stage! Mark Brewer is great though as he is like a Tommy Cooper as people laugh before he even says anything. Mark told me to not try to be funny, and to just be myself. It’s great doing Goodnight Kids though as the kids help to make me funny! My favourite comedians at the moment are Jack Dee and Ricky Gervais.

Any funny moments from your time in Potters Theatre Company?

Years ago we all had to line-up on stage for a number, but I went too early one night and had to wait 30 seconds for everyone else to join me. I didn’t exactly miss my cue, I was just way too early! They were all laughing!

So, we’ll still see you doing the Laser Clays?

I love the clay shooting as I also play outside work. Out of 100 targets I average at 75, but not all the time! I have Level 1 coaching in clays as it’s about safety, as well as having fun. Seeing the beaming smiles on the faces of youngsters when they are on a Segway or Rally Kart also takes some beating. I’ve been a children’s entertainer for many years now, working on Kids’ Clubs and organising discos, and the team, like Rachel, Claire and Buz, are fantastic.

What is your most memorable moment from your time at Potters?

It was really getting to know the late Brian Potter MBE as we would shoot together on the clay towers. I still remember my first encounter with him when I walked past a chocolate bar wrapper on the floor. I heard a voice telling me to come back, and Brian picked up the wrapper and placed it in the bin, saying that if he could do it then so could I. I’ve never walked past a piece of rubbish since and I kicked myself later when I realised it was Brian Potter! Buz and Mark are my idols and I have learnt so much from them. Stepping into Brewer’s shoes to host the talent show once was tough as I could feel Mark’s fans watching me, but luckily it went well and it was a massive compliment to have guests come up to me after and say what a good job I’d done.

What is the best thing about your job?

I wasn’t very good at school and was bullied as I was into amateur dramatics. At 14 I started to do magic shows in care homes and progressed to kids’ parties when I was 16. I’m now doing a job I love and during my time at Potters I’ve also helped out with lighting, learnt how to do the sound for the shows and been part of the dance and comedy sketches. The variety is incredible and I’ll try my hand at anything. Also bringing out the confidence in new starters or people on work experience and seeing them come out of their shell is so rewarding. The key to the quizzes is to perform it and make it fun.

What are you most looking forward to at Potters this year?

The Summer and having lots of fun with guests, and entertaining them in the evenings in the Atlas Theatre.