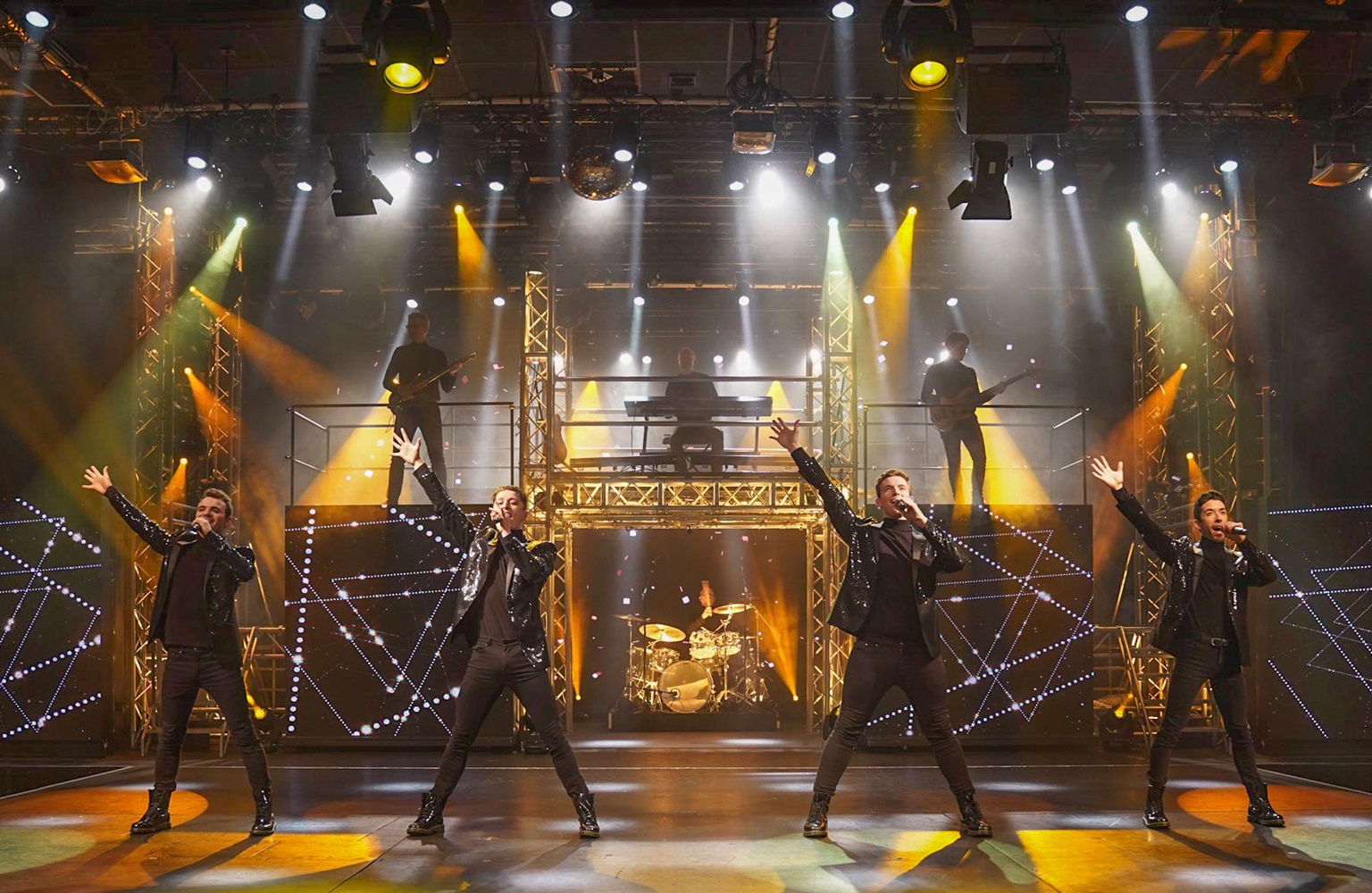 It’s all about the girls in Divaz and now it’s time to celebrate the boys in Dukes! Move On Up, enjoy some Boogie Nights and get some Sexyback as Potters Theatre Company take a pinch of R and B, a spoonful of sweet Soul, stir in a healthy portion of rock, and season it with plenty of pop… all the ingredients needed for a night of unforgettable and energetic hit songs in Dukes.

Get set for some soul as we pay homage to Wilson Pickett, have a disco with Kool & the Gang and get up on your feet for a special Bruno Mars section, featuring hits like Uptown Funk and 24K Magic. We’ll take you through some of the biggest hits from the 60s to today, including classics from some of the biggest boybands, like The Jackson 5, the Backstreet Boys and Boyz II Men.

Nicky Hathway, show producer, came up with the concept of the show and says: “We knew we had to do a male equivalent to Divaz, and Dukes has six boys on stage performing some of the greatest songs of all time. I have worked very closely with two other girls on the show, with Laura working on vocals, and Helen doing the choreography. I love the Luther Vandross Never Too Much song, and Aaron does an incredible version of Try A Little Tenderness. The boys get everyone up on their feet dancing and it is just a real feel-good party playlist, not to be missed.”

Laura Hodges, Potters Theatre Company manager, adds: “I’ve had an absolutely brilliant time working with the boys on Dukes. My favourite moment of the project was when we had all six Dukes in the rehearsal room for the first time – what a sound! They are six brilliant, but very individual, voices that blend together beautifully. When arranging the songs, some of the more modern songs are hard to break down for just a few voices, as the songs are so heavily produced, but it’s good to keep the old musical brain ticking over! Of course, as I was a teenage girl in the 90s, I Swear and End of the Road have to be my favourite numbers. Obviously working with Nicky and Helen is a blessing every day, but on this project I was also able to work with Potters Musical Director, Mike, and it’s not every day that you have a text conversation about the complexities of a E7 chord with an added sharpened 9th! Feedback from the show has been fantastic.”

Kool & the Gang became one of the most popular funk units during the 70s, and one of the most popular R&B groups of the 80s after their breakout hit Celebration in 1979. Other big hits included Ladies Night, Get Down on It, Cherish, Joanna, Summer Madness and Jungle Boogie. They had phenomenal chart success, two Grammy awards from movie soundtrack albums, gold and platinum albums, and have sold over 70 million albums internationally.

Lionel Richie is an award-winning singer-songwriter creating numerous hits, both with the Commodores and as a solo artist. Hits include Hello, Dancing on the Ceiling, Truly, Three Times a Lady and in 1985 he co-wrote We Are the World with Michael Jackson. He has more recently been seen on the judging panel on American Idol and is a Grammy Award-recipient. He has sold more than 100 million albums worldwide.

Bruno Mars is a Grammy Award winning singer-songwriter, who rose to fame with hits like Just the Way You Are, Grenade and Locked out of Heaven. Other hits include 24K Magic, Finesse and Uptown Funk. He has had sales of over 11 million album sales and sold over 68 million singles, and is one of the world’s best-selling artists of all time. He has received three BRIT awards.