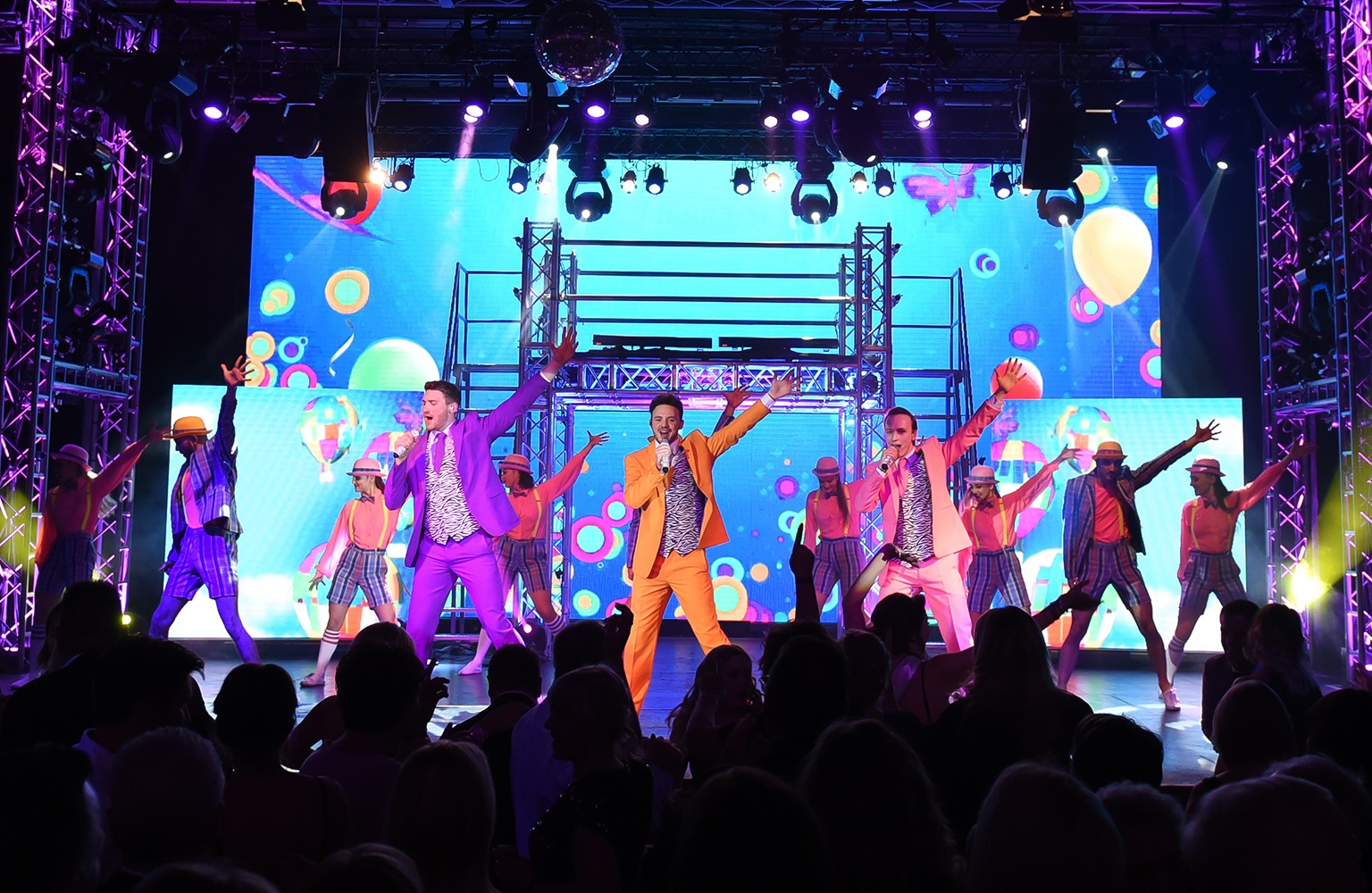 Fancy a theatre break? Take in a show and enjoy a short break in Norfolk

There is nothing like watching a live show performed in front of you, and sitting back and listening to live vocals, watching a company of dancers showing off their moves and revelling in the colourful costumes on display.

So why not incorporate a theatre style show with a short adult break in Norfolk? At Potters a short break includes comfortable accommodation, food, live evening and late night entertainment, sports and leisure facilities, activities and more. And a drinks inclusive* weekend offers even more value with drinks included from 6pm until close of bars. So, you don’t need to worry about how to get home at the end of the night or how much you’re spending as everything is included in the cost of your break!

Did you know? Providing the very best entertainment has always been at the heart of Potters with live entertainment staged 365 days a year.

Discover a theatre break in Norfolk where everything is included…

Potters Theatre Company – the West End on the East coast

Potters Resort has an in-house theatre company to entertain guests named Potters Theatre Company. The talented and accomplished group of performers are recruited from large auditions in London’s West End, and every year the team develop new and exciting shows. From concept, through to costume design, comedy writing, lighting, videography, music production, set building and choreography, the company literally create everything from scratch.

Shows include song, dance and comedy, and live entertainment is staged in the state-of-the-art Atlas Theatre. New shows are produced every year and the latest show productions feature the best loved songs from stage and screen, as well as the annual Christmas Spectacular. One night we will showcase the very best of the West End, and the next, performing music spanning every genre and decade. Add in our unique brand of comedy and there is something for everyone.

Over two million pounds is invested in the entertainment at Potters Resort every year and the Atlas Theatre is the culmination of decades of work.

Potters Theatre Company has helped launch many leading West End careers. Here are some examples of the quality of performer the Atlas Theatre stage can help to produce…

Did you know? Potters Theatre Company became a fully professional team in the year 2000, after the entertainments team were inspired by the spectacular shows in Las Vegas, and auditions in London’s West End soon began for trained and exceptional performers. We receive hundreds of applications every year from performers wishing to audition and become a Potters Theatre Company member.

*Drinks Inclusive from 6pm until close of bars.