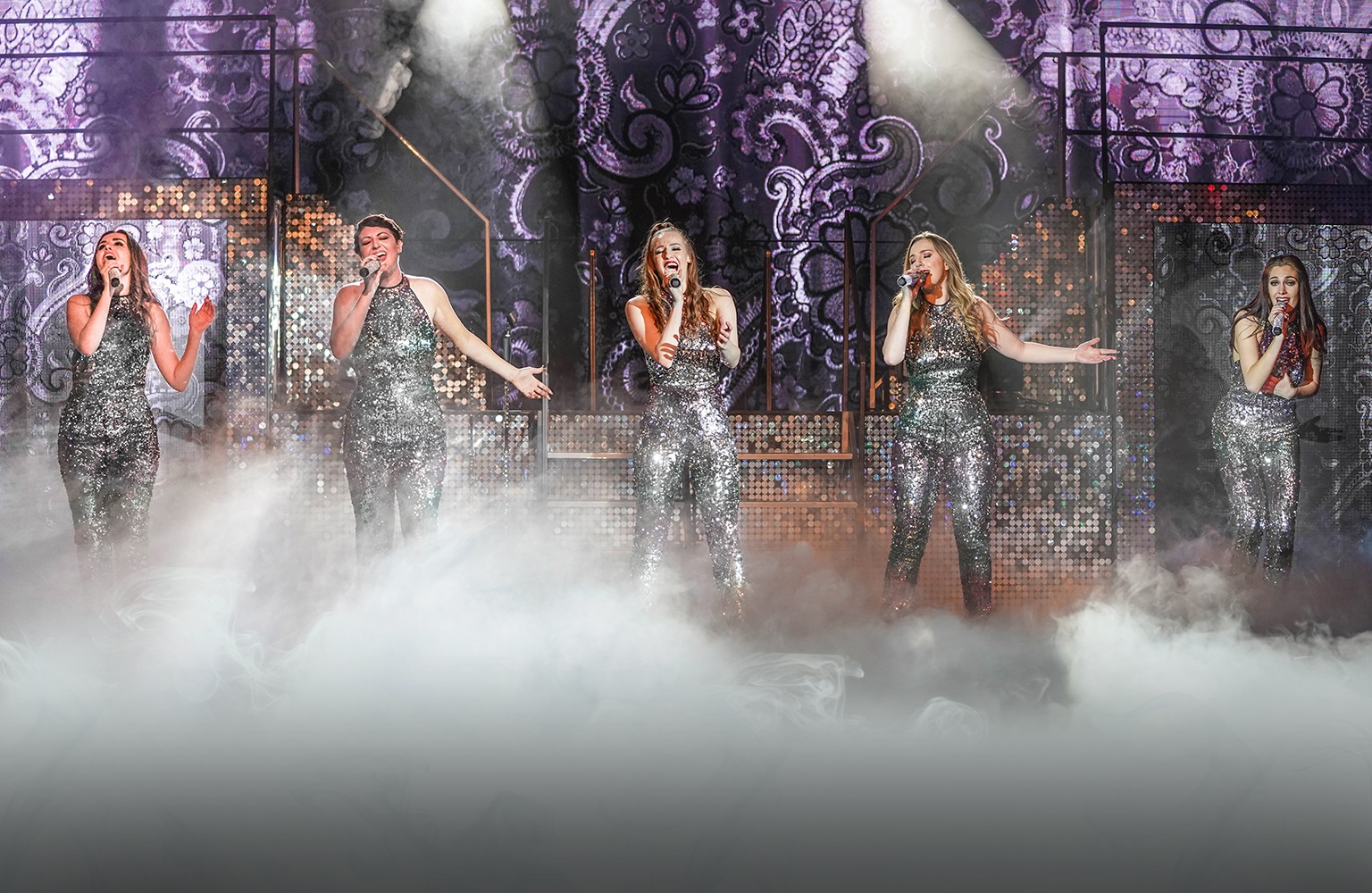 Have you seen Potters Theatre Company celebrating all the Independent Women in Divaz? If you haven’t, then you are in for a treat as five incredible female vocalists Shake It Off and showcase some of the best-loved songs from the likes of Whitney Houston, Beyoncé, Gloria Estefan, Rihanna, Gloria Gaynor and many more when they take to the stage of the Atlas Theatre in this feel-good show. Divaz has been getting rave reviews for its feel-good vibe and dance party mix, guaranteed to bring out your inner diva. Celebrate the iconic women of pop as Potters Theatre Company show how strong and sassy women in music are! Get ready to (Let’s) Get Loud, play that Sax and sing out proud to All About That Bass, and the best of disco, soul, R&B and pop, from the 70s to today, with Potters Theatre Company on select weekend breaks.

Nicky Hathway, show producer of Potters Theatre Company, came up with the concept of the show and chose what songs made the final cut. Nicky says: “I really wanted the chance to show off our fabulous girls and their amazing voices with some girl power style numbers from the likes of Whitney Houston, Beyoncé and all the female artists who have inspired us throughout the decades. After showcasing the likes of Frankie’s Guys, Jukebox Rogues and Masters of the Musicals, I thought it was about time that the girls got their chance to shine too! It’s really hard to choose a favourite song from the show, as I love each and every one of them, but one of the highlights for me is Bang Bang, as it showcases the vocals of each girl and even includes a rap. Roxy also sings the most amazing version of I Will Survive that I’ve ever heard…it’s just brilliant. I loved listening to Whitney Houston when I was younger, but I can honestly say that all of the female artists in the show have inspired and empowered me at various times throughout my life. Potters Theatre Company manager, Laura, arranged all of the vocals for the show and Helen Ramsey choreographed it, and they’ve both done a fabulous job. Guests have really embraced the show and we can’t wait for more people to see it.”

·         Helen Ramsey, resident choreographer/dance captain, is thrilled to have been asked to choreograph the entire production. She says: “I’ve loved the challenge and opportunity I’ve been given to put my own take on some of these much-loved songs. These songs are big numbers with some iconic dance moves, so it’s just been so much fun to choreograph the whole show. There’s around 20 songs, so there was a lot to do, but the reaction from guests has been fantastic and Potters Theatre Company are having so much fun performing this show. It’s such a feel good show with so many incredible songs. When some of the songs have iconic dance moves, it’s getting a balance between including the iconic moves as inspiration, while coming up with something new. I think it’s worked really well though and I spent three days on my own coming up with the routines and then three days teaching them to the girls. One of the trickiest things is coming up with the transitions between each song to make it flow, but I love doing this and feedback from guests shows that they love it too.”

·         Laura Hodges, Potters Theatre Company Manager, tells us: “In arranging the vocals for the show I knew that we would be doing justice to the original songs and artists thanks to the incredible in-house talent we have, but I was blown away by just how amazing the performances from Potters Theatre Company are when I began teaching the material.”

·         Roxy Yarnold, resident vocalist, comments: “I love all of the songs in the show, but my favourite one to perform is Jessie J and Ariana Grande’s Bang Bang. It gets everyone on their feet and we’ve been lucky to keep getting standing ovations after each show."

·         Shane Balls, Entertainment Coordinator, says: “Divaz has become my favourite getting ready to go out playlist, as every song is a classic and it’s like listening to all your favourite songs one after another.”

Who are your favourite Divaz? Here’s a profile on some of ours from over the years…

Golden Globe winner, Diana Ross, has enjoyed success as a musician both in the United States and the United Kingdom. She has sold over 100 million records across the globe, has had more than 70 hit singles and is one of the few artists who have two stars on the Hollywood Walk of Fame. Diana Ross began her musical career as a lead singer for the group, The Supremes, with hits including Baby Love, You Can’t Hurry Love and Stop! In the Name of Love. Her solo career has given her hits with Ain’t No Mountain High Enough, When You Tell Me That You Love Me, I’m Coming Out and Chain Reaction. She has also made appearances in many films and television shows, and has established herself as one of the most legendary and iconic female musicians of all time.

Whitney Houston has been cited by the Guinness Book of Records as the most awarded female performer of all time and has sold more than 170 million records worldwide. Her album Whitney (1987) featured four No.1s and earned Houston her first Grammy, with later albums including I’m Your Baby Tonight and My Love Is Your Love, as well as soundtracks to The Bodyguard and Waiting to Exhale. Her biggest ever hit was a cover of Dolly Parton’s I Will Always Love You, spending a record-breaking 14 weeks in the US charts. Other big hits include I’m Every Woman, Greatest Love of All and I Wanna Dance With Somebody.

The lead singer of girl group Destiny’s Child, the band scored massive hits and a loyal fan base with hits like Independent Women, Say My Name, Survivor and Bootylicious, and are one of the world’s best-selling girl groups of all time. Beyoncé has had a successful solo career, with hits including Crazy in Love, Baby Boy and Single Ladies (Put a Ring on It). She starred in Dreamgirls, Austin Powers and The Pink Panther films, and is married to Jay-Z. Beyoncé has won 22 Grammy Awards and has over 100 million followers on Instagram.