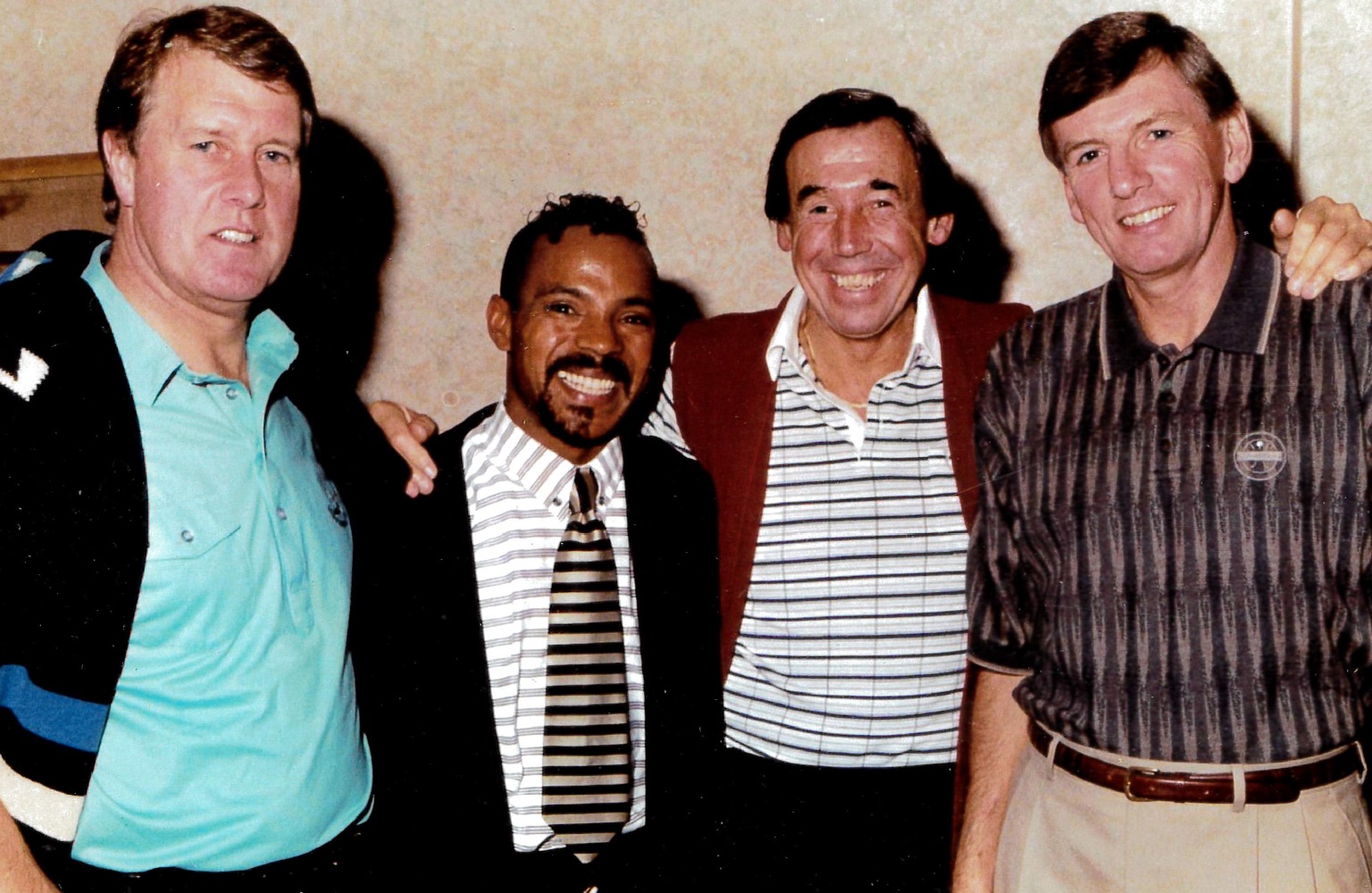 The atmosphere in the Atlas Theatre was electric over the weekend when England beat Sweden 2-0. Guests celebrated all weekend and we are getting ready to do it all again on Wednesday 11th July when England play their next match against Croatia.

In anticipation of this, and to celebrate the beautiful game, we’ve put together a blog about football related facts at Potters. Come on England!

As if you didn’t already know, England last won the World Cup in 1966, beating West Germany in the final 4-2. Of course, Potters looked a lot different back then, and John and Jane Potter weren’t even born yet!

We showed the 1966 final to guests and have managed to track down guest, David Lee, who was here watching the historic win live. David, who has been to Potters 25 times over 68 years, said: “The ballroom, which is the small sports hall today, was packed with hundreds of people as we all sat or stood around the TV, which was large for the time, to watch England win. It was an incredible atmosphere. Potters has changed so much since then and my first visit in the 50s. Back then it was wooden chalets with toilets and washrooms in a block. We had no hot water, so my dad would fetch a jug of hot water from the canteen, so we could have a wash in private in the chalet. All the food leftovers were given to the pigs that Potters kept by the football pitch! Reception was a small building by the entrance and we were booked in on a Saturday afternoon after a long journey from Liverpool Street by Hector Potter and his wife. I also remember the beach being sandy.” Now the England matches are being shown in the Atlas Theatre on one of the largest screens in the UK!

Did you know? We’ve even had England legends Sir Geoff Hurst MBE, Gordon Banks OBE and Martin Peters MBE at Potters (see main blog image with our very own Buzby Allen). In fact, it was Geoff and Martin who scored all the goals in the 1966 England Final

We are very lucky at Potters to have football coaching sessions with Paul Reaney on select family Sports Coaching breaks throughout the year.

Paul is our talented, fit and friendly football coach, who knows how to get the best out of little ones and get them enthusiastic about the game.

Ever wondered where he gets his moves? Paul was one of the fastest and fittest football players of his time, receiving three England caps and playing for Leeds in their glory days.

Here’s just some of his career highlights…

Luckily Paul hasn’t hung up his boots just yet and we caught up with Paul, who said: “I always loved playing football and Pelé and Bobby Charlton really inspired me. I’ve got so many career highlights, from my league debut to my last game in Australia. I love coaching the kids at Potters, passing on my own knowledge to help them progress.”

Say hello to Paul on our breaks as you cheer on your little ones from the side-lines.

Did you know? We also have staff vs guests Champion Hour sessions, which sometimes includes a football match. Potters staff normally win, so see if you can change that and have a go on one of our next sessions!

Make sure you head along to Potters for #SummerOfFun Family Festival 2018 to take part in Bubble Football. There will be specific children and adult sessions, and is one of the most fun ways to spend an afternoon with your mates. Here’s some handy information on the game…

The Potters team have been having a go and have had so much fun. We can’t wait for you to take part too!