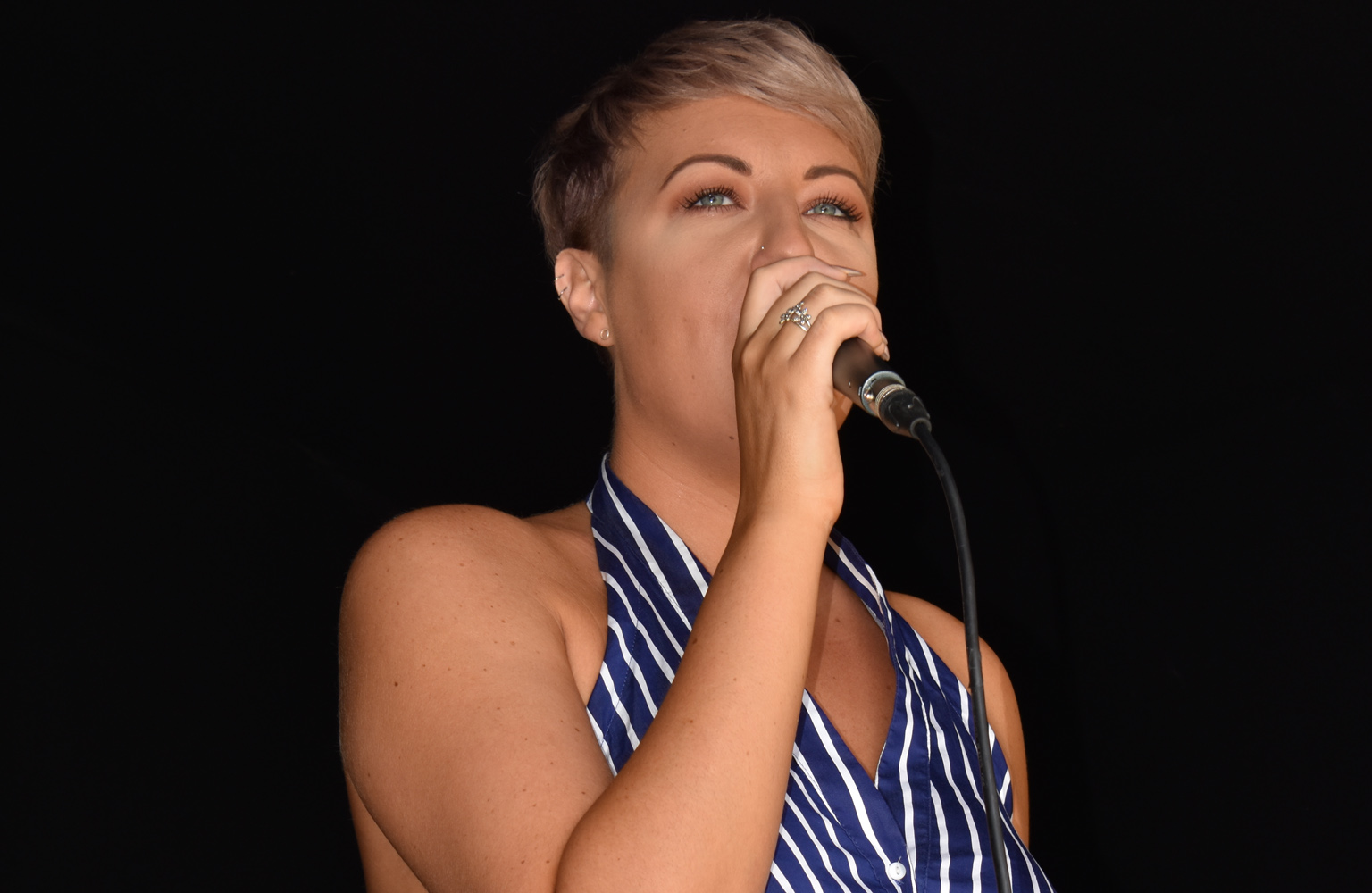 A chance meeting with Potters Theatre Company's Associate Creative Production Manager David Griego on a Fred. Olsen cruise ship heading for Australia in early 2016 was the very early beginnings of Roxy's Potters career, and by summer 2016 she had traded the ocean waves for the Norfolk coast to entertain our guests with her powerful vocals.

"He said he would like to speak to me when I was back in England and maybe get me to do some work at Potters," Roxy said. "When I first came it was six days a week, and just going to be for the summer, but then I became a bit more involved." She was elevated into the role of the Resort's resident vocalist, something she was happy to talk more about, among a few other things - like the X Factor, Essex and being recognised in Asda - when we caught up with her for a chat.

When did you start singing and what did you do before coming to Potters?

When I was three years-old and I have always loved it. I have a degree in music, and have done some singing teaching, as well going on the cruises for two years.

We hear you auditioned for the X Factor...

Yes, when I was 17 and I got through to Boot Camp. I wouldn't do it again, and there's so many stages before you even get to see the judges.

You were born and raised in Essex, do you miss it now you're here in Norfolk?

Yes, I do miss Essex, and I try to get back to see all my friends when I can, but I have made a lot of new friends at Potters, including the Comedy Team.

How often do you sing at Potters?

I do lots of Atlas Theatre sets before the big Star Acts and things like that, I perform in the Terrace Bar and also during the Summer on the Family Green.

What do you like most about singing at Potters?

I've never gone away from a night at Potters and thought 'that wasn't enjoyable' or 'they didn't enjoy that', but the variety is what makes the job so good. I think if I was doing one part of it on its own, it could get monotonous, but because I do so much, that's the good thing. There's so much variety that every day I'm doing something different, and that's what I enjoy about it. And it is REALLY nice being part of a production too, working with talented musiciains and singers and actually being part of a show is really nice. I like performing, I like the atmosphere.

That must all require a lot of musical versatility from you?

At Potters it's strange because you get the midweek breaks and the older people in, and I have to accommodate my music to suit them, then they leave on a Friday and you can get a drinks inclusive weekend in. I feel like during the midweek breaks you get really listened to, and they love the theatre shows, and then the weekend breaks the people are a little bit more excitable, and a little bit more on the drink. It's mad the different audiences that Potters brings in on different breaks. I love it.

People on weekend breaks are up for a good time and dancing and that gives you a real buzz. That's probably why I lose my voice nearly every week because I get so into it. The vibe is always so good, and you try to give back what they're giving you, and for one person to give what hundreds of people are giving is quite hard to keep up with, you just get carried away and I start thinking I'm Whitney Houston.

How do Potters guests respond to you personally?

People are always lovely here, I've made a lot of friends. I was in Asda one week buying loads of water, and a woman said to me 'I know why you're buying loads of water, you're the singer at Potters'. And it also happened to me in Portugal! Someone was nudging her friend saying 'that's the girl from Potters'. It's a great place to be a part of, it is like a big family here.

Do you still dream of becoming an artiste in your own right?

From the age of 12, I got found by a management company and I was writing my own material, and I did that for years until I was about 19, but it never really progressed further like I wanted it to. Sometimes you just have to be realistic, I'm mid 20s now and make a good living here, and I enjoy what I do. If an opportunity arises I'd never turn it down, but I'm happy where I am. Now I write music for other people.

- She has about 300 songs in her repertoire

- Her favourite film is The Wizard of Oz

- She has previously supported Westlife on their Summer Nights UK Tour

- She attended the Institute of Contemporary Music Performance (ICMP) in London

- She won the 2009 edition of 'The Essex Factor' songwriter competition