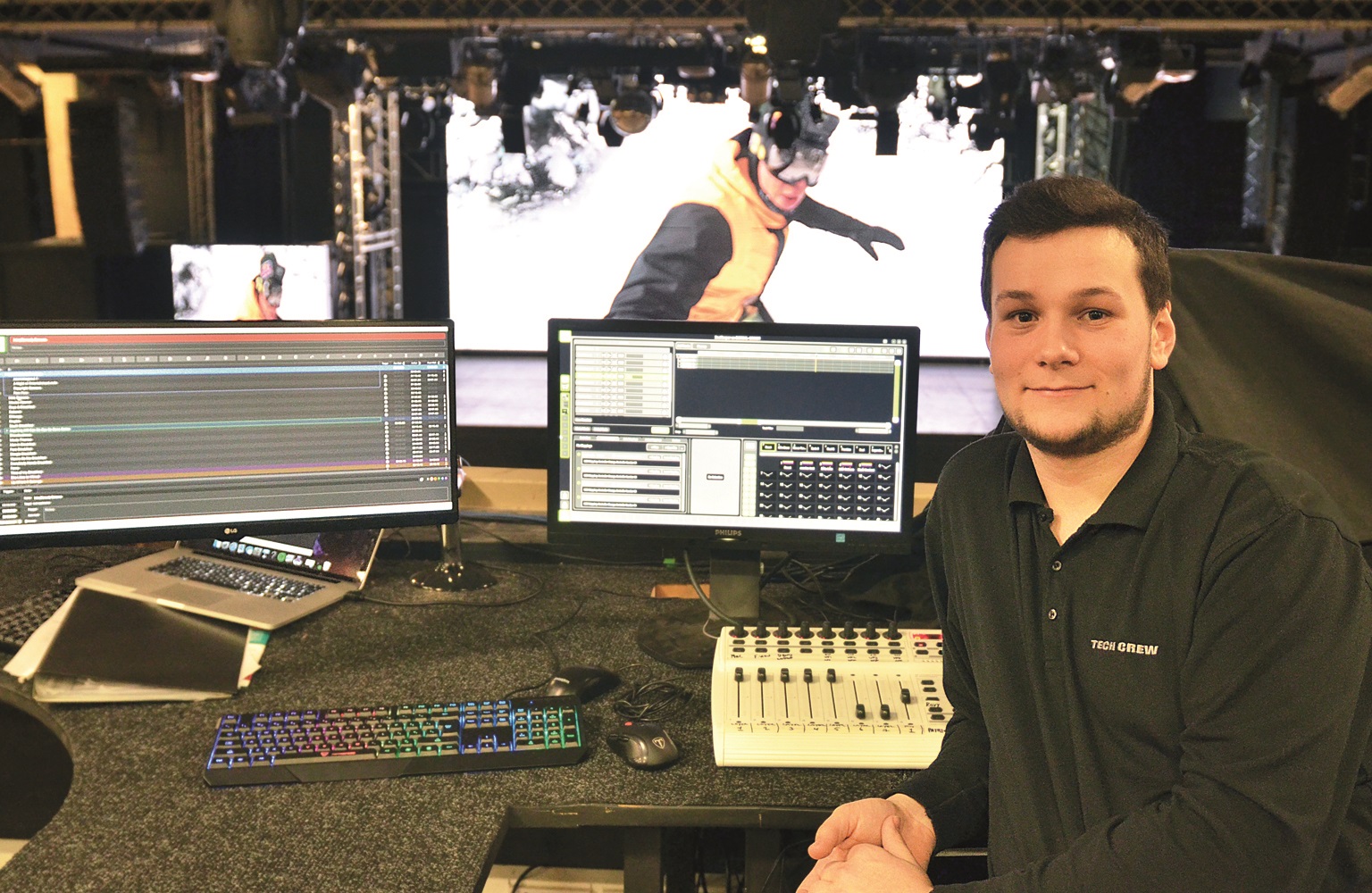 Meet Simon Groom, who heads up vision in the Atlas Theatre and looks after our LED wall

Simon Groom looks after the vision in the Atlas Theatre, making sure that everything looks stunning for our guests, including our LED screen. Simon can be found in the stage managers wing or in the tech box on the balcony of the Atlas, and we caught up with him to find out about his role...

Can you tell us about your role at Potters?

I help ensure that everything that happens in the evening in the Atlas Theatre looks good visually and I also programme our LED screen for the shows. It’s about making sure that the visual experience is in tune with the sound, that everything plays at the right time, and that the cameras and screens add to the overall experience.

How are you getting on with the LED screen?

I helped knock down the back wall to accommodate the screen and it was designed by Paul. We all worked hard to cable it and ensure that it was ready for Christmas, even working behind the stage curtain on two nights when Potters Theatre Company were performing and working through the night as we often needed a clear theatre for testing. I programmed the screen, and we are learning about its potential and capability all the time. They use it on big TV shows, so I watched Eurovision, the Grammy awards and talent shows to get ideas. The screen adds another dimension to the shows and makes the stage feel three times as big.

What is the best thing about working at Potters?

I learn something new every day I work and am interested in everything as I love theatre, and want to learn as much as I can. I enjoy being backstage and part of what makes the magic happen, and the opportunities that I have been given at Potters is incredible. I’m part of the tech crew and we get on really well, often going for a drink together after work.

Anything else we should know about?

We have a current upgrade in progress with new equipment, so I’m working closely with Paul and Simon. Our cameras are set to go to 4k HD too. As a side project, I’ve also been trying to learn the sound for a year but it’s so difficult as there isn’t necessarily a right or wrong way, so I have huge respect for the sound team.

How long have you been at Potters for?

Three years, starting out as a casual member of the tech crew when I was training to become a qualified plumber. I decided to stay at Potters and became a part time stage hand, and then full time assistant stage manager. I got promoted to deputy stage manager a year ago, then in February got moved to the head of vision. I had the experience of being a stage manager in local productions and did lighting at school. Outside work I also volunteer in amateur productions and help run a youth theatre group in Lowestoft.

What got you into theatre?

I really do love theatre and have such a passion for it, so it can be difficult to sometimes switch off when I’m not working. I try to go to the West End as often as I can to see shows like We Will Rock You, Wicked and I’m seeing Les Misérables soon. I’ve been backstage in London and Norwich theatres a few times. The Atlas Theatre is as good as any top theatre, but I always think that it’s like a Wembley experience as there is a compere, we start the shows a bit later than other theatres and we have different shows performed throughout the week, so everything changes. There is nowhere else like Potters and we get to work with the most high tech equipment.

Any stand out moments from your time at Potters?

I remember when we hired in a black piano for a Big Band break, and one night it hit something in the middle of the stage and the leg snapped off. I had to phone up the hire company to get another leg put on it as we needed it the next night! It shows that things do happen, which sometimes you can’t control or plan for. I’ve also had to tell off the comedy team a few times as they say they’ll do one thing before the show, then do something completely different!

What essential pieces of equipment do you need?

I have a big vision mixer, which controls two manual cameras and other cameras around the stage, so that we can get different angles and sides of the stage, and I can control which shots we get. Obviously the LED wall too as we couldn’t go back to the days before it…it’s amazing!