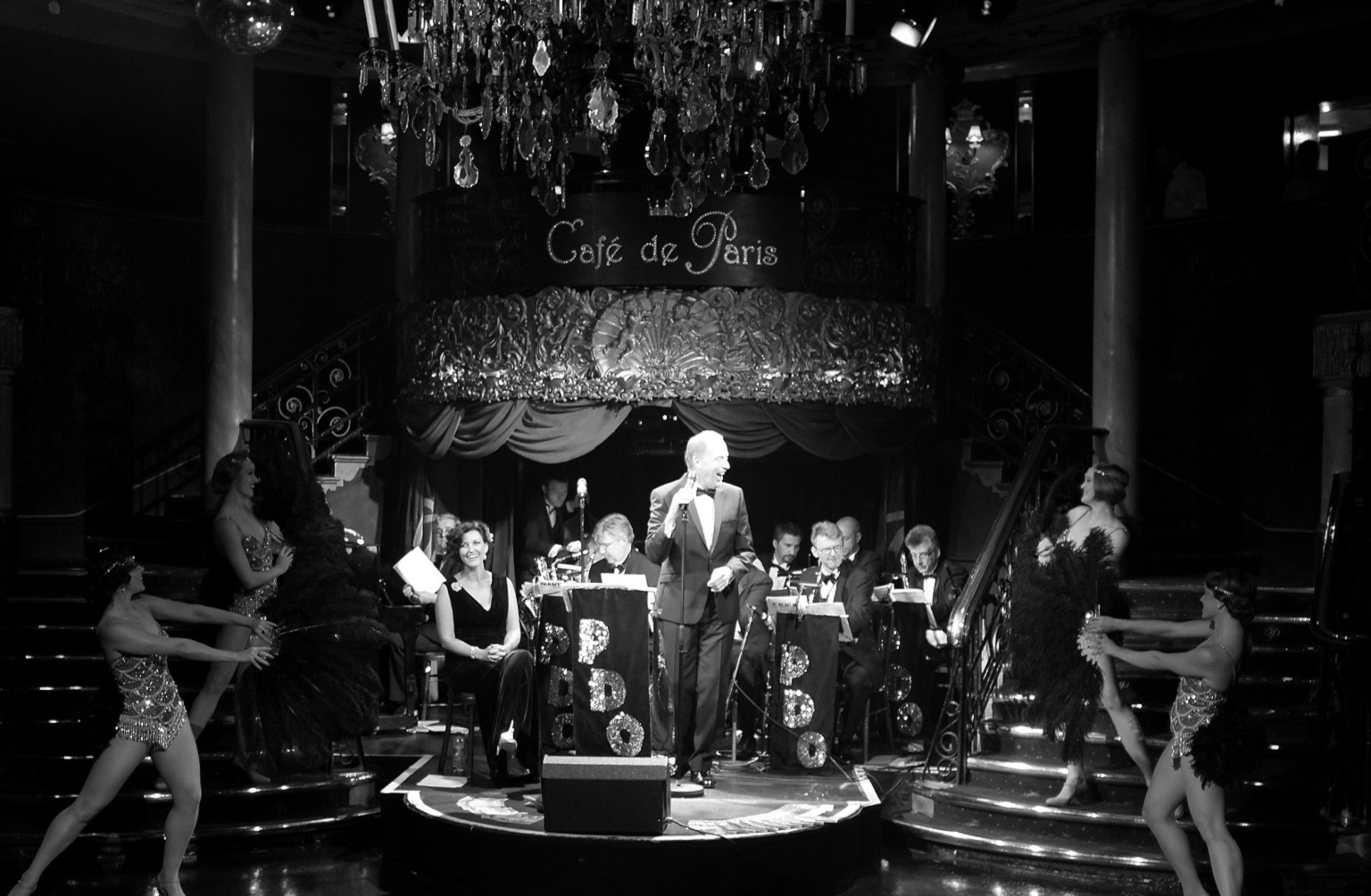 Michael Law from the Piccadilly Dance Orchestra talks transcribing original recordings, performing for Margaret Thatcher, a residency at The Ritz and dance bands

The Piccadilly Dance Orchestra was founded by Michael Law in 1988. Their performance highlights have included Earl Spencer's 30th birthday party, special BAFTA awards parties for Julie Andrews and Sean Connery, the first ever Proms in the Park and a residency at the Ritz Hotel. Princess Margaret famously even instructed people to move back the tables during one of their performances so that she could dance the night away! The 12-piece version of the orchestra began a series of Saturday night dances at the Savoy Hotel in 1997.

They recorded their first album, Let Yourself Go, in April 1989 on CD, cassette and vinyl. In 1992, their manager Alan Bennett-Law joined the orchestra and computerised them, and they have released six CD’s.

We caught up with Band leader and founder of the Orchestra, Michael Law, for a chat. The musical director was born in East Africa and listened to the music of the 1920’s and 1930’s as a child, before following his passion for film and theatre music of the jazz flavoured ‘Art Deco’ era. Michael has also developed a solo career…

What’s the highlight of your career to date?

“With the Piccadilly Dance Orchestra it’s when we gave a concert for Radio 3 live from Wigmore Hall, and performed on the BBC4 programmes: Len Goodman’s Dancing Feet & Len Goodman’s Dance Band Days. Of course, our residency at The Savoy Hotel was special and it was terrific to perform where so many superb bands had played back in the heyday of Dance Bands: The Savoy Havana Band, The Savoy Orpheans, Fred Elizalde, Geraldo, Debroy Somers, Carroll Gibbons etc. Solo highlights are performing Noel Coward’s ‘Mad Dogs and Englishmen’ on a TV tribute to Sir John Mills, and touring the Far East with Sheridan Morley for Noel Coward’s centenary.”

What music do you listen to when you’re not working?

What’s your favourite track to perform?

“Perhaps My Hat’s On The Side of My Head, transcribed from the 1933 Ray Noble/Al Bowlly recording. My favourite instrument is the saxophone.”

How many are in the orchestra?

“12. Three brass, three saxes, four rhythm, a female singer and me as band leader. Not forgetting our manager, my partner and co-owner of the orchestra, Alan Bennett-Law, who is the only person who doesn’t get to appear on the stage. We all get along.”

Who inspires you musically?

“As an arranger and band leader it’s Ray Noble, Carroll Gibbons for beautiful sound and playing inspired from his orchestra, even when playing quite ordinary material. Plus Lew Stone for his arrangements and his 1933/34 band in particular.”

What was it like when you did a residence at the Ritz?

“It was a real thrill for a then ‘young’ band to find ourselves performing regularly at such a prestigious London hotel. The banqueting manager at the Ritz loved our music and, when he moved to the Savoy, insisted on taking us with him.”

Who’s the most famous person who has danced to you playing?

“Number one must be Princess Diana, who asked us to play In The Mood twice, and Margaret Thatcher is an excellent dancer. Also John Paul Getty, Princess Margaret, Michael & Mary Parkinson and Earl Spencer, who is a big fan and booked us for many events, including his 30th birthday party at Althorp.”

What can guests expect from your appearance at Potters in June?

“A cocktail of great songs and dance number from the 1920s to 40s, along with some ballroom dance tunes and swing music.”

From the Charleston of the 1920s Gatsby era through to the beautiful classic songs of the 1930s, to swing and jazz hits, Michael Law's Piccadilly Dance Orchestra play the greatest dance music and the best tunes of the Jazz Age.