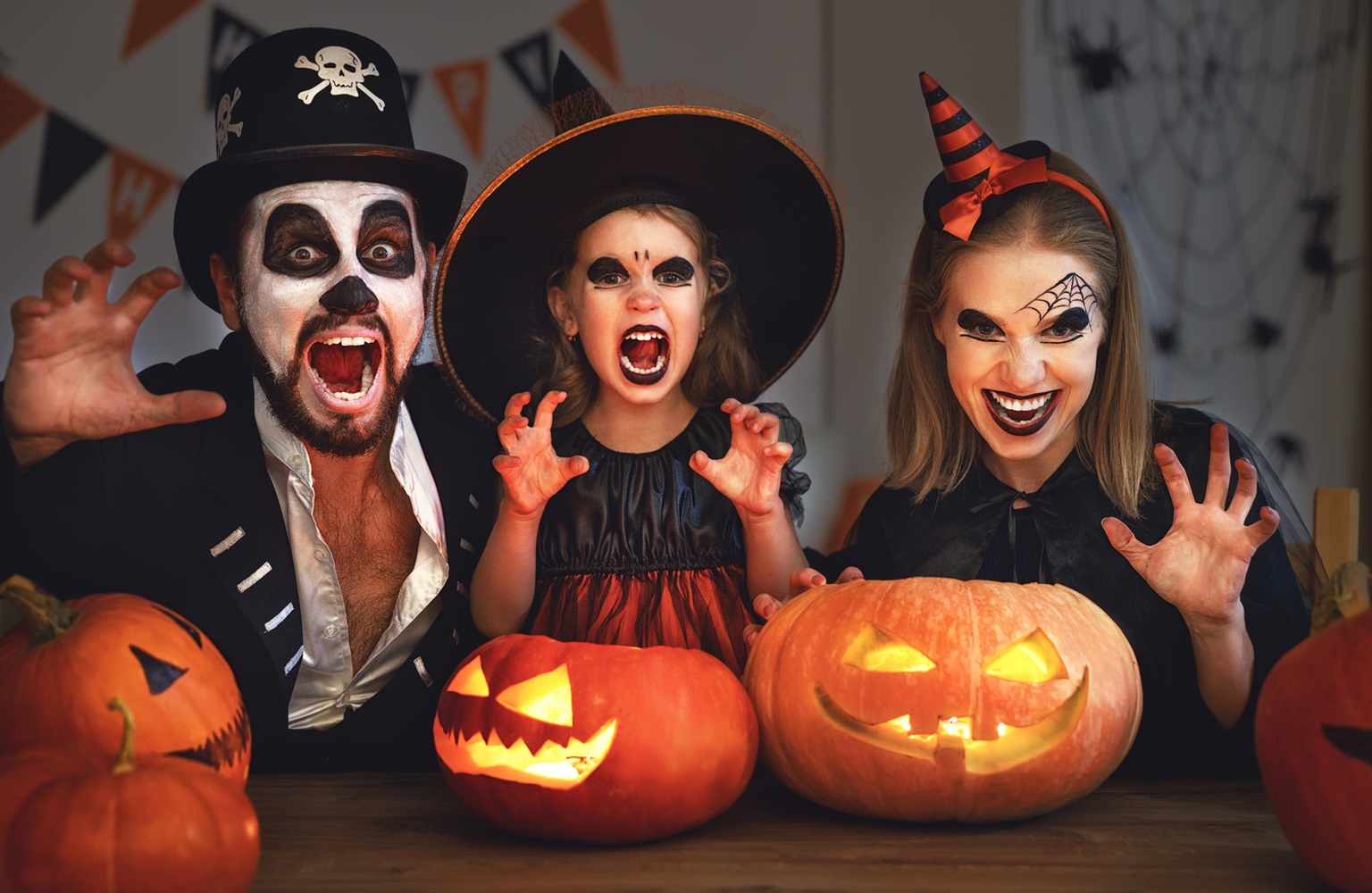 Dressing up for Halloween is often one of the best parts of the whole celebration, but when it comes to thinking of Halloween costumes, sometimes it gets a bit tricky!

So here’s 10 ideas sure to help make you, your friends, your loved ones or your kids the absolute highlight of any Halloween party...

1 - Wayne and Garth - The film Wayne’s World is 25 years old this year so why not honour Hollywood’s ultimate BFF duo by putting on ripped jeans, scruffy t-shirts and shoulder-length wigs, it's as easy as that.

2 - Justice League – With the release of the new Justice League film only weeks away, why not get your friends to embrace their geeky side and don the spandex and cape combos for a night as the ultimate superhero team.

3 - French KISS - Sometimes puns are the best way to make a statement at a party! And what better way than to put on some face paint like the band members of KISS, then add a stripey top and beret! A French stick of bread from your local supermarket will complete the 'Parisian Rock Star' look. 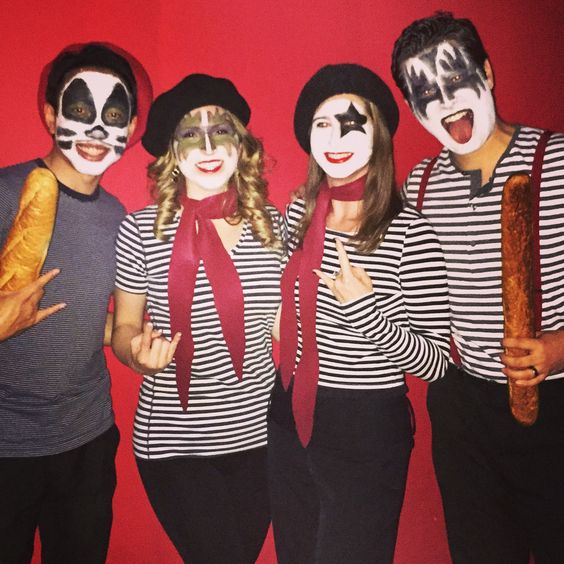 4 - Snapchat Filters - One of the simplest costumes you can try this year. Simply draw some circle filters and stick them on your top. Add some dog ears and a nose and you’re a snapchat filter!

5 - Phantom of the Opera - Looking for a dramatic entrance? Then who offers that any better than the Phantom himself, and with the beautiful Christine by his side, heads are sure to turn.

6 - Jack and Sally from The Nightmare Before Christmas - Anyone who has seen a Tim Burton film knows just how iconic his characters are and they don’t come any more iconic than Jack the Pumpkin King. And if you need help with the make-up there’s lots of videos on YouTube.

7 - Toy Story - The first, and arguably best, mass release Pixar movie, Toy Story has given joy to millions, so why not bring the amazing characters 'to life' at whichever party you're going to.

8 - Frozen Jack and Rose from Titanic - The principal characters from James Cameron's classic film of love and tragedy. Dressing up as frozen Jack and the lovely Rose will be far from tragic this Halloween. 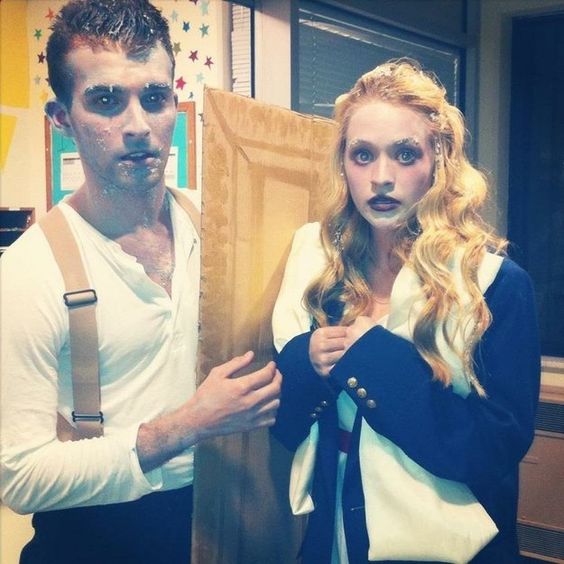 9 - Corpse Bride and Groom - Don't mess up a real wedding dress, a white top and white tutu work just as well. Plus for that realistic wedding look, add a simple white veil which can be bought on Amazon from as little as £5.

Ok, now we've covered the costumes, here's some essential Halloween facts to make you the make you the most knowledgable Halloweener at your party...

- Samhainophobia is the medical term given to the irrational fear of Halloween (and somebody just asked Jim Carrey to spell it!)

- The first Jack O’Lanterns were not made from pumpkins, but turnips!

- The largest pumpkin ever measured was grown by Norm Craven, who broke the world record in 1993 with a pumpkin that weighed 379kg, about the same weight as four and a half adults!

- Halloween has had a few different names, it's also been called All Hallows’ Eve, Witches' Night, Lamswool, Snap-Apple Night, Samhaim and Summer’s End

- Trick-or-treating evolved from the ancient Celtic tradition of putting out treats and food to placate spirits who roamed the streets during Samhain, a sacred festival that marked the end of the Celtic year

- They have a traditional Halloween recipe in Italy for an oval biscuit, a bit like a macaron, which they call Fave dei Morti. The name roughly translates as 'Beans of the Dead'

- They celebrate Halloween in Germany to honour and respect the dead. One tradition is to hide all the knives in the house for fear that returning spirits might injure themselves

- The Lewisburg Haunted Cave in Ohio, United States is over 1,000 metres long and has been named by Guinness World Records as the world's longest haunted house. The spooky 'cave' is located about 25 metres below ground in an abandoned mine