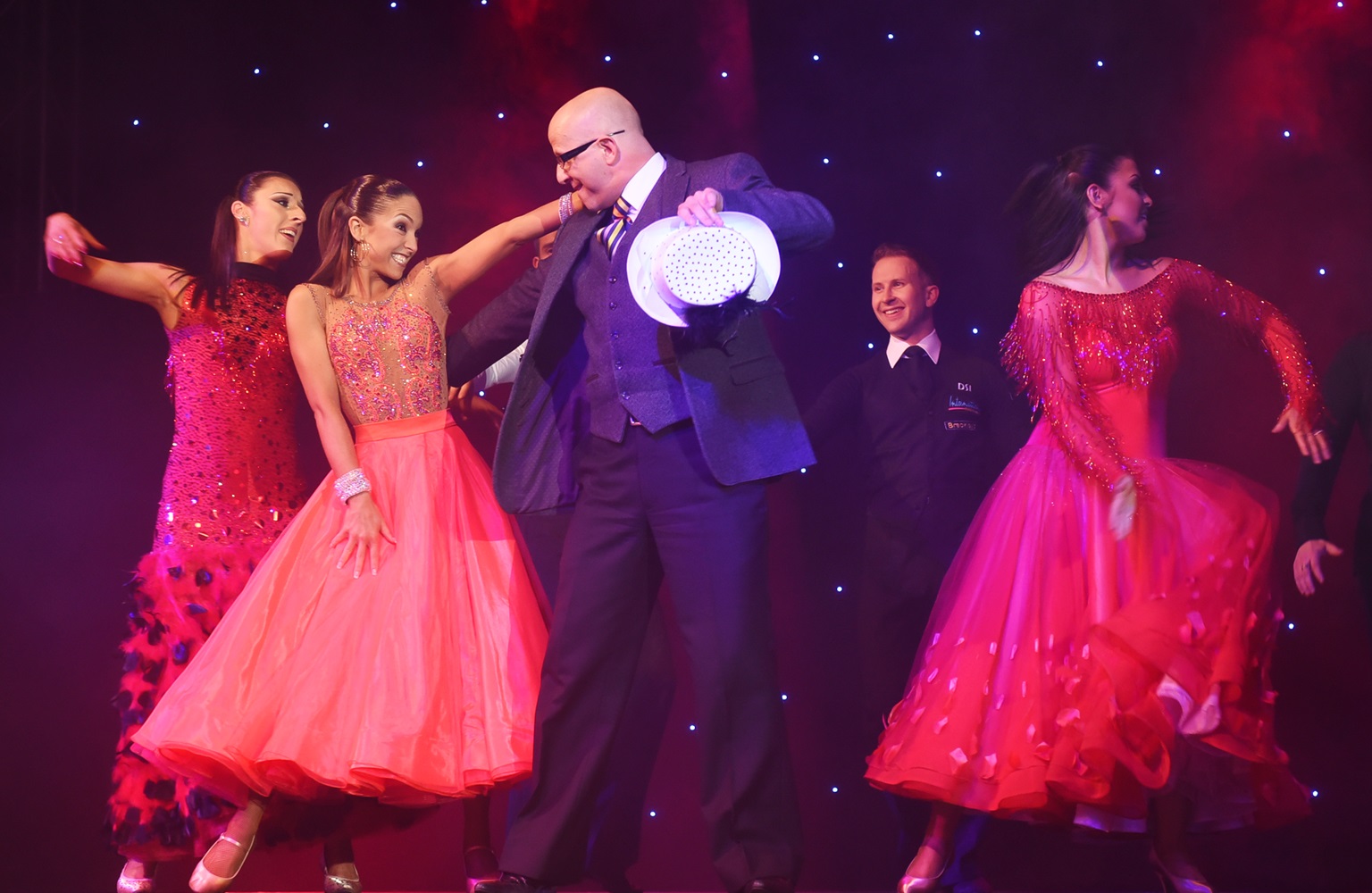 Richard Miller is a dance expert who, with his wife Lynn, has been teaching people how to dance at Potters Resort for 14 years.

When Richard was on Resort last week we caught up with him to find out about his new Backlash Ballroom show, which started off at Potters, and is going to be performed on two upcoming dance breaks.

Len Goodman on Backlash Ballroom said: “It’s not to be missed and is another thriller from Miller.”

How have you been Richard since we last saw you?

“Really well thanks. Lynn and I have both been really busy, but we love teaching people to dance and passing on our passion to others. We are busy with our Miller Dance Studio in Norwich, which last year celebrated its 25th year. At the studio we do a lot of social dancing and competition work too.”

Can you tell us about Backlash Ballroom?

“I choreographed the show and working with Strictly Theatre Co, Backlash Ballroom takes you on a journey of the most amazing Latin & Ballroom dances and the greatest hits from the musicals. We have three professional couples consisting of World, European and National Champions, who will blow people away with this dance explosion. It really is a fantastic show and something that I’ve always wanted to do. The show very much originated at Potters as on the Friday night of the dance breaks we always bring a team of experienced dancers for people to watch, and we’re also taking it on tour later this year. We will be performing the show at Potters on 24th March and 30th June dance breaks.”

What dance breaks have you got coming up at Potters this year?

“On 24th March is the Two Night Festival of Dance Weekend Break, 12th May is the Two Night Dancing Weekend break, 5th June is a Four Night Big Band Midweek Festival, 30th June is a Three Night Stars of Dance Weekend Break featuring Aljaz Skorjanec and Janette Manrara, a Four Night Midweek Summer Break on 3rd July and 11th September is Four Night Big Band Midweek Break. We love being at Potters. Lynn does a lot of the teaching, while I teach too, but I really love hosting. Dance breaks include special dance workshops, lectures, tea dances, coffee dances and evening social dances in Ballroom, Latin and popular sequence, plus fun and party line dances. On the June Stars of Dance break we have Aljaz Skorjanec and Janette Manrar appearing. I’ve never met them before so I’m really looking forward to seeing what they do, as they seem really nice and obviously are incredibly talented. I’ve worked with BBC TV’s Strictly Come Dancing dancers Brendon, Anton, Robin and Kristina for years and they have all previously appeared at Potters, so it will be good to get some new dancers here.”

You always have such a passion for dance. Do you ever feel like you don’t want to dance?

“I’ve always loved it. I started dancing when I was 10 and I went to my great Aunt’s dance school in Gorleston, which is where I met Lynn, and we’ve just celebrated our 27th anniversary together. Helping to teach people to dance to dances that I love is just incredible. I’ve always danced Latin and Ballroom, and I suppose that is our speciality. Our focus is on teaching and making dance fun and open to everyone. That’s why for some classes we will use more modern music to make it appealing to a younger audience. While we were just at Potters we were doing the Rio Cha Cha and a man who had never danced before saw it on stage and something must have clicked or sparked his interested, and the next day when we taught everyone the dance he’d seen, he was there and later told me how fantastic it was. It’s finding something that appeals to everyone.”

Are you still working with DSI London?

“Yes, I’m still heavily involved with costumes for Strictly Come Dancing. We bring some examples of the costumes that have featured on the last series of the show on the breaks and I commentate on the DSI TV channel.”

How is your son Luke getting on?

“He’s a fantastic dancer and recently moved out of our house as he has brought a flat. He has had a successful career and his new partner Ellie Beacock is aged 16. It’s a fairly new partnership as they have been together from September 2016 and it is the first time that his dance partner has also become his girlfriend. Luke is former U16 British and World Ballroom and Latin Champion, and has also done some classes for us here at Potters. Lynn and I are incredibly proud of him.”

If you had to pick one style of dance as your favourite, what is it?

“I love the Cha Cha Cha for its rhythm and music, but also the Foxtrot because of the era it’s from. It’s always about the music for me.”