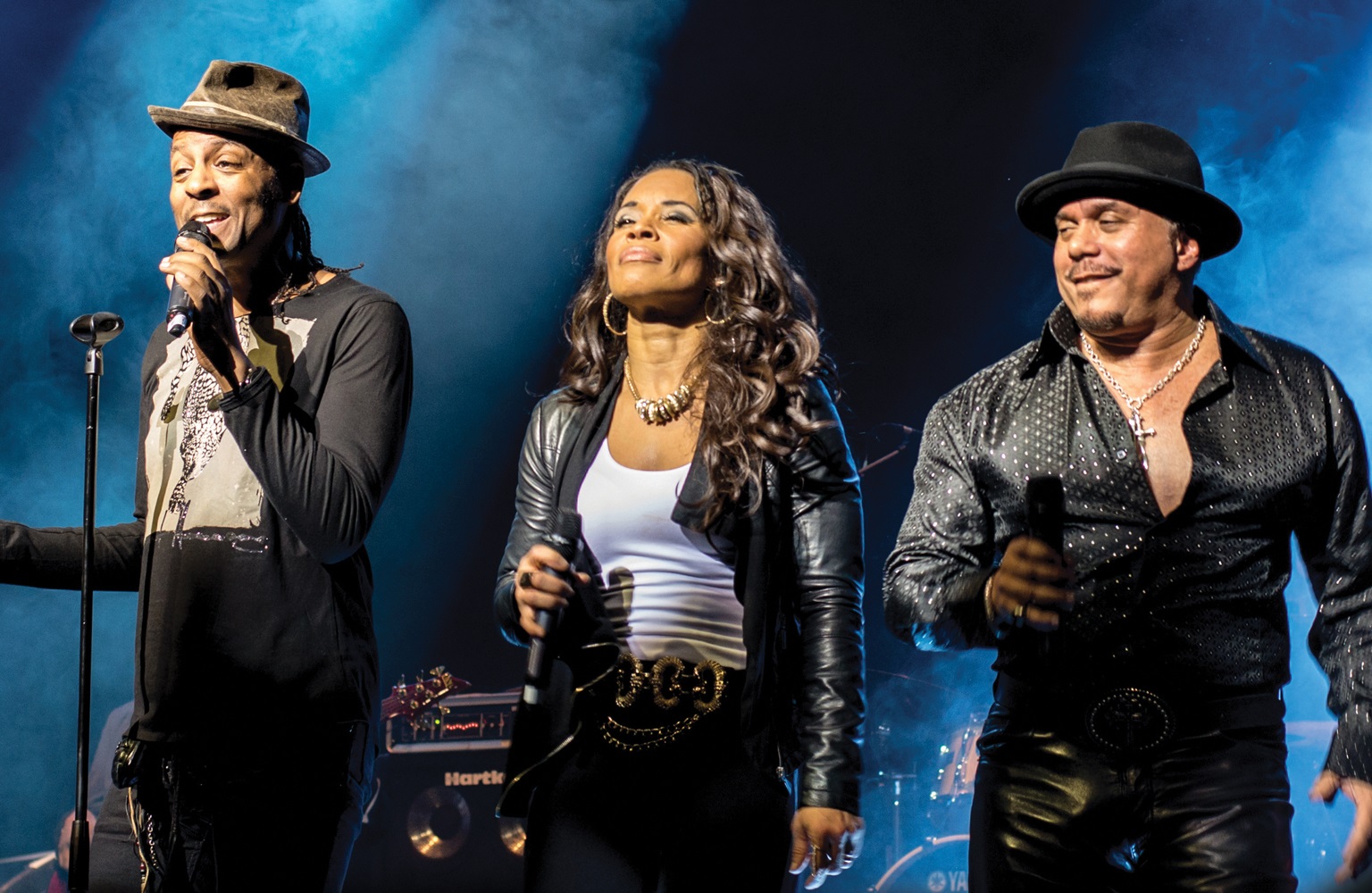 Shalamar know how to make you feel good: Read our need-to-know profile

Howard Hewett and Jeffrey Daniel collected no less than 100 gold, silver and platinum awards. They know how to whip the crowd into a frenzy with classics such as Friends, Make That Move, The Second Time Around, There It Is and I Owe You One. Completing the group is Carolyn Griffey, daughter of Shalamar founder Dick Griffey, the CEO of SOLAR records.

The American R&B and soul music vocal group was created by Soul Train agent Dick Griffey and the band went on to be regarded as fashion icons, introducing ‘body-popping’ to the UK. Jeffrey Daniel brought street dance to the United Kingdom – he is noted as the dance mentor for Michael Jackson and the man that taught him the moonwalk, and co-choreographed Jackson’s Bad and Smooth Criminal videos, along with Michael Jackson himself. Jeffrey first performed the dance on US TV with the Electric Boogaloos.

Did you know? The band’s record sales in the UK increased when Daniel demonstrated his body-popping dancing skills on BBC Television’s music programme, Top of the Pops, premiering the Moonwalk on television for the first time. Michael Jackson was a fan of the group after watching him on Soul Train.

Guaranteed to Make You Feel Good, it’s time to Make That Move to seeing the feel-good American band, acknowledged as one of the best funk and soul groups of their generation, perform live. They’ve filled arenas and stadiums worldwide, and enjoyed many chart hits. Between the late 70s and early 80s they achieved success with eleven Top 40 hits singles and two Top 40 albums in the UK. Their mission is to bring energy and funk to audiences worldwide.

Did you know? Their highest charting songs in Britain were A Night To Remember, I Can Make You Feel Good, There It Is and Dead Giveaway, all reaching the UK Top Ten.

Get ready for funk, disco and soul, with uplifting music and floor-stomping hits.

Let us know your favourite Shalamar song on our Facebook page.