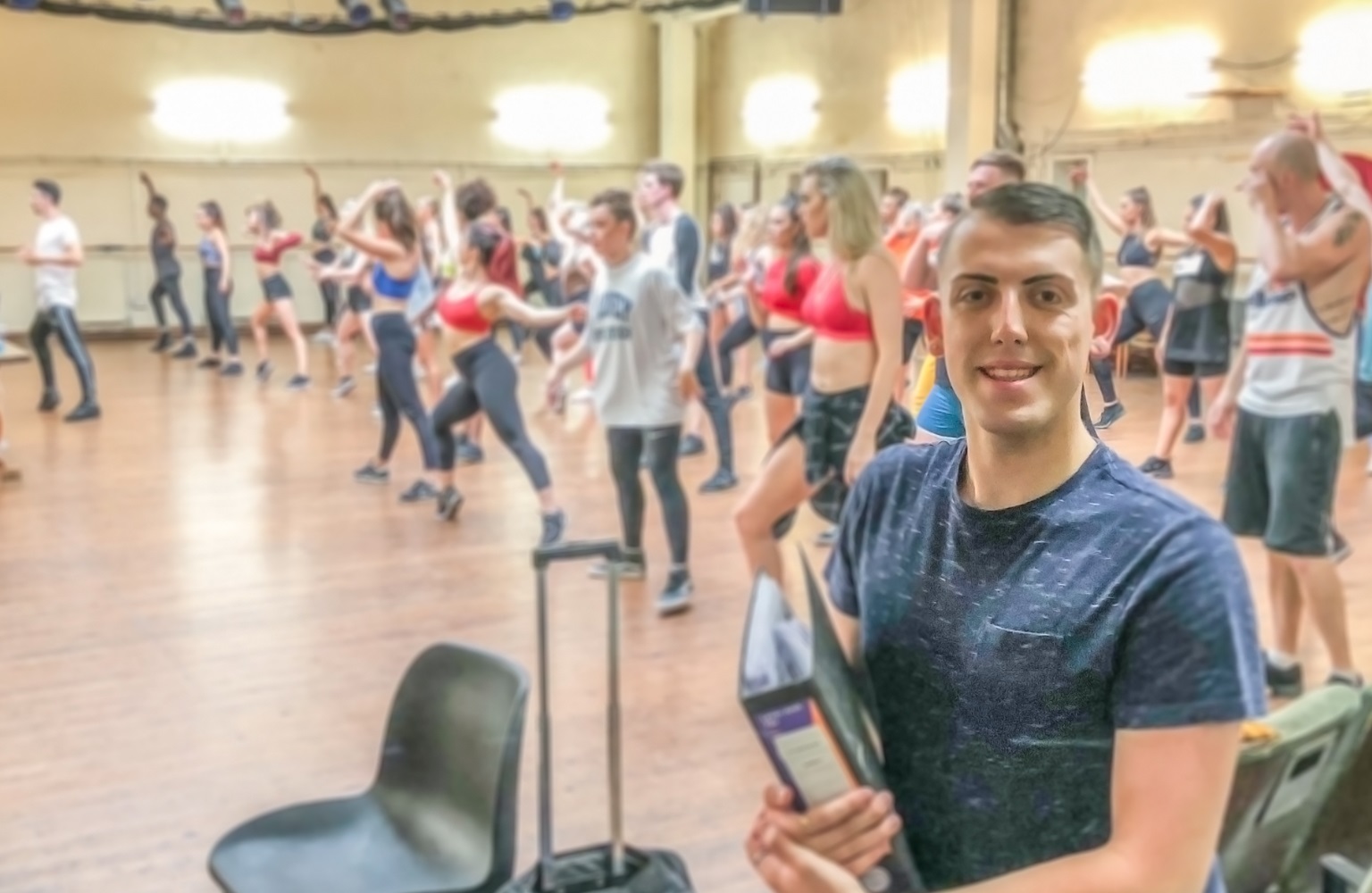 Shane gives us the lowdown on theatre auditions

The Potters Theatre Company became a fully professional team in the year 2000, after the entertainments team were inspired by the spectacular shows in Las Vegas, and auditions in London’s West End soon began for trained and exceptional performers.The Company now has a cast and crew of over 70, with new shows produced every year featuring song, dance and comedy.

Thanks to the ongoing growth and standard of the Theatre Company, we receive hundreds of applications every year from performers wishing to audition and become a Potters Theatre Company member. Shane Balls is our lovely entertainments co-ordinator and we asked him to tell us all about the process of the auditions and how it felt taking a seat on the judging panel…

How did the auditions go?

Really well. It was so exciting to just be part of it and to see the extraordinary talent of everyone auditioning. I had heard stories over the years about the auditions, but nothing prepares you for what it is like until you are there.

Who were you at the auditions with?

I was with Nicky and Nigel, choreographer Helen, theatre company manager Laura, and choreographer Gaz came along on the day we saw the dancers.

Can you tell us about the process?

Over 900 applied and sent their CVs, then Nicky whittled that number down to around 400 for us to see, after going through the applications and speaking with the agents. We had a day for the singers and a day for the dancers. On the day with the singers they each got five minutes each and we had asked them to prepare two songs to perform. Then at the end of the day we invited back our favourites to do a dance audition as they have to be able to move, as well as sing! On the Thursday it is all about the dancers and they were split into boys and girls, with Helen teaching the girls a routine, and Gaz teaching the boys. After they learnt a routine they performed it back in small groups, and Nicky decided who to see again later in the day to do another routine. Then we travelled back and Nicky makes the final decision on who to pick to join the team! Nigel films the auditions as it is useful to have a look at it when we get back to Potters as it can help Nicky decide.

Who has the final decision on who we choose?

Nicky, although she gets advice and opinions from the other judges too. Nicky will see someone and say that she can really see them performing a certain song or a particular dance in the show. It is great to see her brain ticking away as she thinks about what they will bring to Potters. I am very lucky to have people like Nicky to learn from and it was interesting seeing how she kept such a straight face during the audition process. I felt a bit like Louis Walsh!

Do you get attached to the cast?

Yes, and every cast I have worked with has been brilliant. When I used to the stage manager I would look after them and I think I’ve always just kept doing that! It is always sad to say goodbye to them though and we have a goodbye party for them. What is really nice is how supportive the old cast is to the new ones coming in. We have got a few of the Company staying on and have some incredible new talent coming in too. Guests will be wowed yet again!

Can you tell us about your role at Potters?

Yes, I was the stage manager when I first started in 2012, the youngest one in the country at the time, but am now entertainments co-ordinator. Every day is different and I work with the Theatre Company, the Comedy Team, band, wardrobe and tech, trying to help with anything I can. I assist Nigel and also look at the quality of the shows, plus cover anything tech wise and also cover the Comedy Team too. The shows just keep getting on getting bigger and better, and I have really enjoyed working with Chris, the Comedy Team manager.

Do you ever want to get on the stage and perform?

I would love to be able to keep up with them! I just dance with them after the show now in the Gallery! I love theatre and it really is a dream job working at Potters, as it doesn’t feel like work. I still dance outside work, taking part in local amateur shows and productions. I’ve definitely still got the dancer in me!