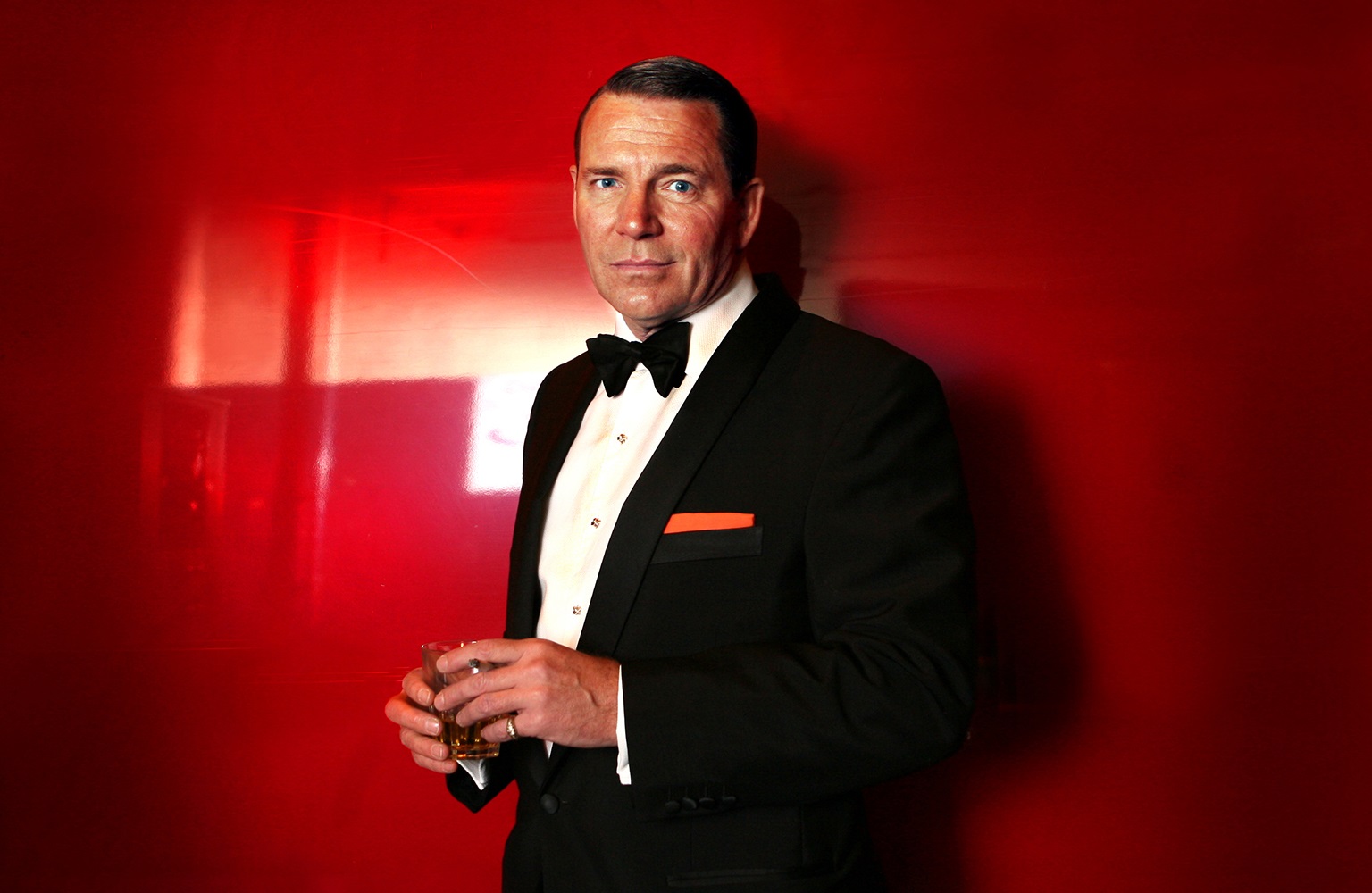 Sinatra tribute Stephen Triffitt on ‘Franking’, performing in Las Vegas and the West End, and who he would like to sing with. Plus Frank Sinatra facts

In 2000, Stephen Triffitt applied for the ITV talent show Stars In Their Eyes as Ol’ Blue Eyes and made it through to the final, but lost out to ‘Freddie Mercury’. Despite missing out on the winner's spot, the public response was overwhelming thanks to his incredible talent.

Since then, Stephen Triffitt created the role of Frank Sinatra in the original West End cast of The Rat Pack – Live from Las Vegas, and he has performed all over the world, including in Las Vegas. Stephen has performed for many clients, including HRH Prince Philip, Simon Cowell and David Beckham, and has sung with Bob Geldof, Jools Holland, Mick Jagger and Brian May at Bob Geldof’s 50th birthday party.

Stephen's resemblance is 'unsettlingly perfect' (The London Evening Standard). From sculpted hair and twinkling blue eyes, all the way down to his shiny black patent leather shoes, Stephen Triffitt is Sinatra, as he performs the classics like Fly Me To The Moon, Mack The Knife, New York, New York, My Way, That's Life, I've Got You Under My Skin and many more.

We are pleased to say that he is performing at Potters Resort later this month, but before that we caught up with Stephen for a chat…

How long have you been performing as Frank Sinatra?

I've been 'Franking' for about 17 years, but listening to him since I was 15, so it’s been a while now and I always love hearing and performing his songs.

What is your favourite song of his?

It changes according to the mood really, but I suppose that the song I love to sing most right now is Without a Song. The one I l really love to listen to is All my Tomorrows.

Do you try and do the whole impersonation of Sinatra, or just the singing?

It depends on the show, but in all the shows I’ll try and look like him in a suit or tux. My current solo show ‘Frankly Sinatra’ features me talking as myself so that I can tell a few facts about Frank, although I also sing as Frank. In other shows I just perform as Frank.

When did you first start singing and realise that you sounded like Frank?

About 19 years ago. First in karaoke, then in a few pubs and clubs. I concentrated on Sinatra after people said that whatever I sang it sounded like Frank singing it and people said how much I sounded like him. I work hard to achieve what audiences perceive me to be and impersonate the great man.

If you could sing with anyone, who would you choose?

I think it would have to be with the last of the original crooners, Tony Bennett.

Was Stars in Their Eyes your big break and how did it change your life?

It changed my entire life from being a salesman to an entertainer and it made people aware of me. My first major professional job was as Sinatra for seven weeks in the Copa Room, Sands Hotel Casino in Atlantic City. From there the show moved to the Venetian in Las Vegas for four months. After that I was approached to play Frank in a Rat Pack show on the West End for four years.

What can people expect from your performance at Potters?

Basically the songs that are synonymous with Sinatra, in the style of Frank, plus a few facts that are quite unknown about Frank. We have a full band with strings with us too.

Have you performed with our Michael Bublé impersonator, Dale Bullimore before?

I haven’t, but I look forward to it, and we’ll make sure everyone has a great night.

What’s the best thing about being a Sinatra tribute and have you got to travel far?

The people I have met and the variety of audiences. Travel is mostly what the job involves and I've toured the UK, Germany, Switzerland, Austria, France, Spain, Portugal, Italy, Ireland, America, Brazil, Malaysia and many more.

What do you like to do when you’re not working?

Sleep and planning for the next show. As an entertainer you are only as good as your next audience sees you.

These are some of the biggest Frank Sinatra songs…

Plus, many, many more.

And here’s some facts on Sinatra…