Family review guest post from Dominic Picksley: “It has the aura of a hidden gem to it”

Dominic Picksley is a travel and sports writer, including work for the Press Association, and recently enjoyed his first family break to Potters Resort.

Dom visits us every January to write about the Just World Indoor Bowls Championships, so it was a great opportunity to show him how we entertain families during the school holidays.

A big thanks to Dom for letting us use his review. Over to you Dom…

Want a fun-filled family week packed with activities, magical entertainment and copious amounts of food? Then Potters Resort, on the east Norfolk coast, is the place to go. And believe me, you won’t be disappointed. We weren’t.

Synonymous with bowls holidays, as well as being the host of the World Indoor Bowls Championships every January, the Hopton-on-Sea holiday venue throws its doors wide open to families when school’s out, where the place transforms itself into a children-centred paradise of fun, with everything geared up to make them have the time of their lives.

I took my wife, Jennie, son Benjamin and daughter Amelia to experience a week at a destination that prides itself on providing activities by the bucketload, laying on top-notch entertainment and fine dining on a grand scale. And all in a fabulously clean, reassuringly safe environment.

Even by lunchtime on our first day, Benjamin had taken part in squash coaching, laser clay shooting, archery and bowls, while Amelia enjoyed a couple of hours of Easter-based crafts, while their afternoon was also jam-packed with activities including hoverboards, table tennis, bungee trampolining and swimming in the indoor pool. 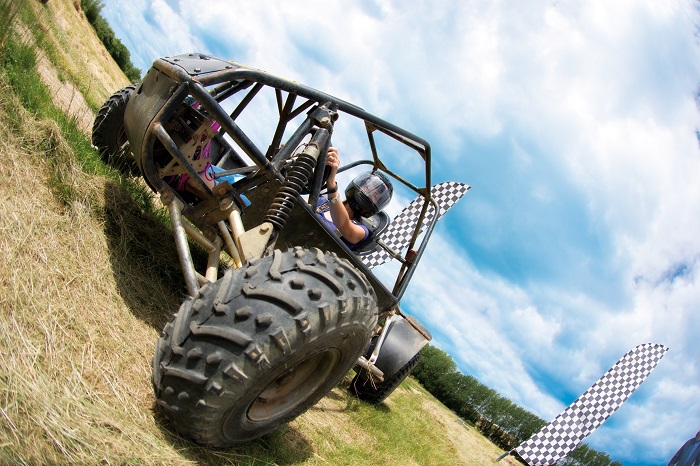 The place had a totally different feel from the times I had previously visited to report on indoor bowls’ blue riband event, where everything was geared up for that particular sport where, let’s be honest, the clientele was of an older persuasion, with barely a youngster in sight. It is still a great place to go in term time, though, with plenty to do each day, but it really comes alive when the families roll in.

Go-karts, giant swing, climbing wall, segways, scalextric, badminton, football coaching with Leeds United legend Paul Reaney, ten-pin bowling, amusement arcades, crazy golf, laser quest, the list of things to do was huge and it was a job to fit everything in during our stay.

Amelia particularly loved the heated pool and the chance to try out skills she never knew she had, such as being a whizz on a hoverboard, while Benjamin was in his element during the Fortnite-themed laser quest session. I even rolled back the years by winning that week’s table tennis tournament, and was presented with my very own medal! Amelia’s dancing skills ensured one for her as well, while Benjamin’s prowess of archery also saw him come out on top one afternoon. It all adds to the fun when there’s a competitive element. And especially when there’s a glint of gold-coloured metal as a reward. 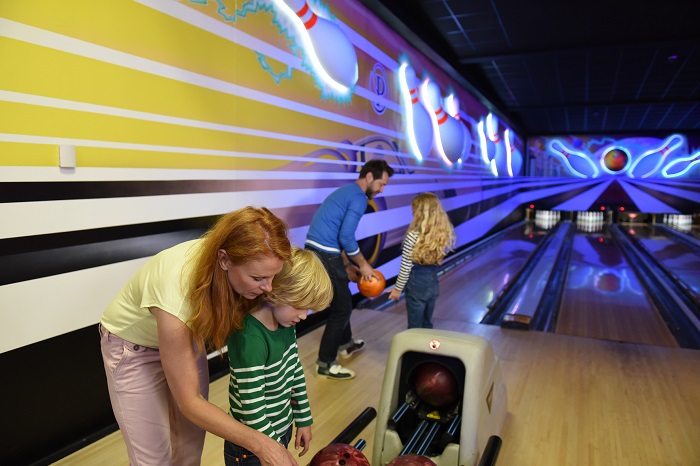 Lots of merriment was in order in late afternoons when the much-loved resident entertainer Buzby would organise keenly-fought indoor kurling tournaments, with families battling against each other in this unique game, which basically involved using a plastic stick to push a frisbee-typed object on wheels at a numbered target. And it was a blast, attracting a large crowd every day.

This was mainly down to the appeal of the ‘Pied Piper of Potters’. Buzby has been a Potters institution for over 25 years, and is a curiously effervescent character who manages to entertain young and old alike with effortless charm. You will often find him walking around in clown shoes while wearing some peculiar costume, along with his customary bright yellow glasses, and you can’t help but smile when you see him. 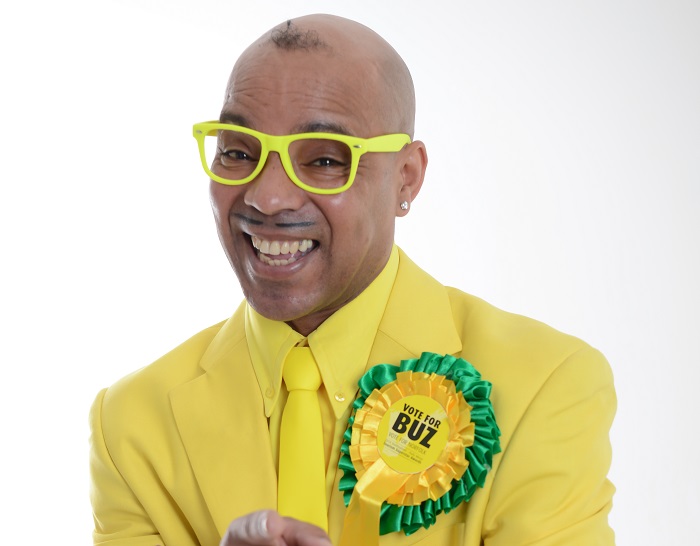 He also pops up somewhere in the magnificent shows that are staged every night in the Atlas Theatre, where the resort’s highly-talented singers, dancers and musicians (watch out for the brilliant lead guitarist) perform West End-style numbers every night.

These dazzling evenings are a big attraction for Potters and the performers belt out all manner of musical styles from 50s rock’n’roll to 60s psych, 70s disco to New Wave 80s and beyond to more modern genres, with their awesome takes on Bohemian Rhapsody and Good Vibrations of particular interest to Benjamin and myself. It is no surprise that over the years that members of the various ensembles have gone on to bigger and better things, including Lee Mead, who once worked a season here.

You also cannot talk about Potters without mentioning food. Lots of