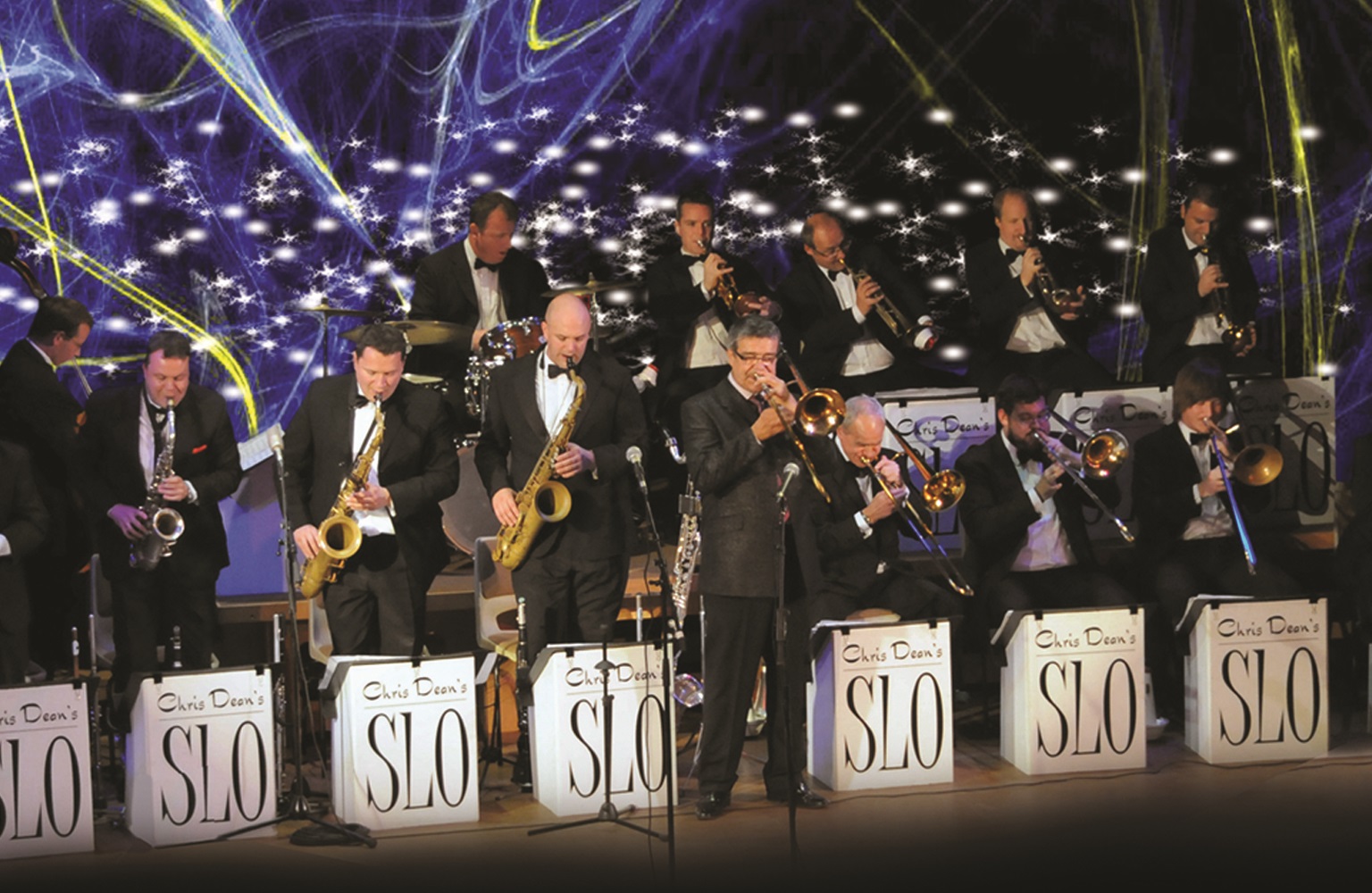 Guest Ronald Barnes enjoys a break at Potters Resort every June to see the Syd Lawrence Orchestra perform live as part of our Big Band weekend.

The fabulous Syd Lawrence Orchestra has been thrilling audiences for over 40 years, since it was founded in 1967 by trumpeter and arranger Syd Lawrence, and is now under the direction of Chris Dean.

When did you first get into the Syd Lawrence Orchestra?

When did your love of Big Band start?

I grew up with the music of Glenn Miller playing in the background and my passion for Big Band really started when I played piano at RAF Dances in Stanmore, Middlesex. I have always loved that style of music and I was lucky enough to see Syd Lawrence himself play when they first started. I really love jazz and the music of George Shearing. I have around 3,000 songs on my iPod.

I used to play in a band on piano and keyboard, and I still have a keyboard at home to keep myself sharp. I live in a block of flats for over 60s and I host a music afternoon once a month, where I’ll play everyone some music.

What is it that you love about the Syd Lawrence band compared to other Big Bands?

I have followed the Syd Lawrence, now led by Chris Dean, since they started and I adore their playing style, their song choices and how they bring music up to date. Their slogan is ‘the best Big Band in the land’ and it is absolutely true. I really enjoy it when they play swing music and anything with a Latin American twist. I listen and tap my feet along, and go mad like everyone else when they come on the stage. I see them whenever I can, but it can be difficult because of the travelling. I don’t really have a favourite track for them to perform as I love a variety of music.

Do you get to know a lot of the other Potters guests when you visit?

There is everything to cater for your needs with excellent, friendly and delightful staff. The weekend is always superb, with everything to my liking and I love the whole experience. The Potters team are friendly and efficient, and the food and the selections offered is tremendous. The varied programme available and everything I do when I am there is second to none, and I always recognise a lot of the guests on the break and everyone is one big jolly crowd. I have made friends there from Sunderland who befriended me when I was there for the first time on my own after my wife died. Potters is a complete break away for me, as I travel around 160 miles to get there, and I know Norfolk as I was stationed at Horsham St Faith in Norfolk in the 1950s during my time in the RAF. The joy I get out of the weekend, makes the travelling worthwhile.

Have you met the Orchestra?

I have got to know some of them to talk to, which makes it so much more enjoyable. I have known Chris Dean for around four years and I was introduced to the secretary of the orchestra, Debbie Forster when she was watching them perform with her parents. It was my first venture out to see them and she said come and sit with us, and I have kept in touch with her and her family. They are now like part of my family and filled a gap for some of the family I have lost.

Also congratulations on your 80th birthday last week. Did you do much to celebrate?

I’m going to their gig in Chesterfield on 2nd March to meet up for my birthday with my friends from Sunderland who are fellow fans of theirs, and we are going for a meal before the concert. My birthday last week was spent with my family.

What is the highlight of your career to date?

“Working with Quincy Jones as he was always a hero of mine as a young musician, so to actually get to play in his band was a great thrill.”

And you’ve also worked on film soundtracks too. What’s that like and which are you most proudest of?

“I always enjoyed the Bond movies with John Barry and, later on, David Arnold. Basic Instinct with Jerry Goldsmith was very enjoyable.”

“Playing great arrangements with great musicians. Being a freelancer brings variety which is the secret of continued enjoyment.”

How much did Syd Lawrence himself inspire you?

“Very much, as he was a brilliant musician, both as an arranger and trumpet player. Even now, 18 years after his death, his legacy lives on through his music.”