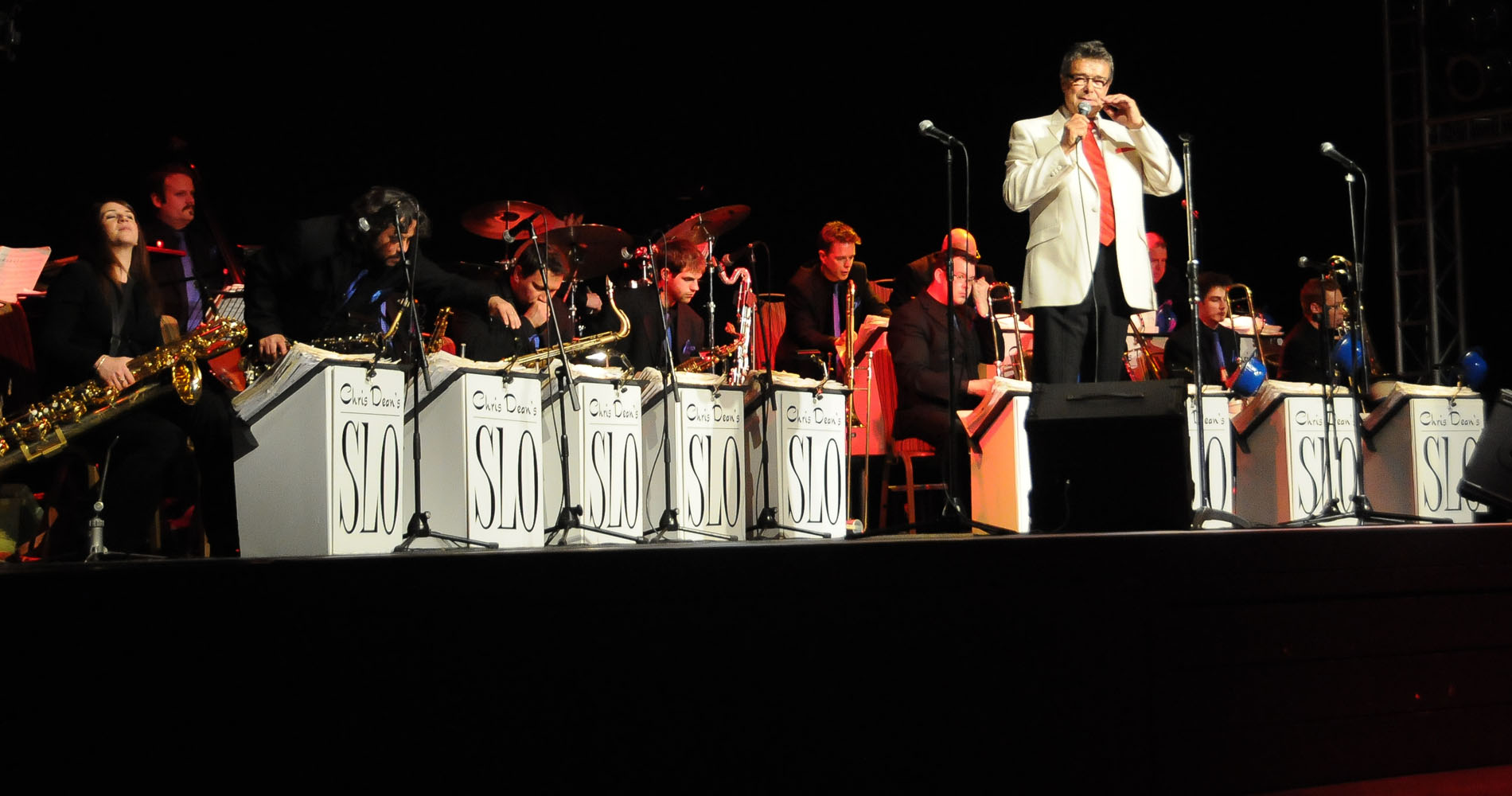 The fabulous Syd Lawrence Orchestra has been thrilling audiences for over 40 years, since it was founded in 1967 by trumpeter and arranger Syd Lawrence. Renowned for its blend of high octane Big Band Swing and Classic Dance Music, the Orchestra is directed by Chris Dean, so we caught up with him for a chat…

What’s the highlight of your career to date?

“Working with Quincy Jones as he was always a hero of mine as a young musician, so to actually get to play in his band was a great thrill.”

You’ve worked with some pretty iconic stars over the years. Who has been your favourite and why?

“That’s a difficult one! Tony Bennett, George Benson and Johnny Mathis because they were great artists, and more lately Robbie Williams. Studio recordings with Robert Farnon, Nelson Riddle and Billy May, who are all Big Band icons, stand out in my mind.”

“Jonny Mandel escaped me! He’s written so many beautiful tunes and arranged for all the best musicians around.”

And you’ve also worked on film soundtracks too. What’s that like and which are you most proudest of?

“I always enjoyed the Bond movies with John Barry and, later on, David Arnold. Basic Instinct with Jerry Goldsmith was very enjoyable.”

What music do you listen to when you’re not working?

“All sorts actually and it depends on my mood. I love classical music, Richard Strauss in particular, as well as good quality popular music and jazz instumentalists.”

“I don’t have a favourite really. As long as the instrument is being played by a good performer then it’s good to listen to.”

“Playing great arrangements with great musicians. Being a freelancer brings variety which is the secret of continued enjoyment.”

How much did Syd Lawrence himself inspire you?

“Very much, as he was a brilliant musician, both as an arranger and trumpet player. Even now, 18 years after his death, his legacy lives on through his music.”

What did you want to be when you were younger?

“I always wanted to be in music and was brought up with music all around the house as my Mother, now 92, was a brilliant opera singer.”

What’s your top tip for budding younger musicians who dream of being in an orchestra?

“Always have belief in your talent and ability. It’s a very hard business and requires total dedication.”

What’s next for you?

What can guests expect from your appearance at Potters in June, which is Glamour & Glitz: a night at the Oscars, and what will you be performing?

“Well we are adding a big string section to the Big Band and recreating a night at the Oscars/Grammies. Guests can expect all the iconic theme tunes from great Hollywood movies performed by the Syd Lawrence Concert Orchestra. Songs performed will be everything from Mancini to John Williams and Disney.”