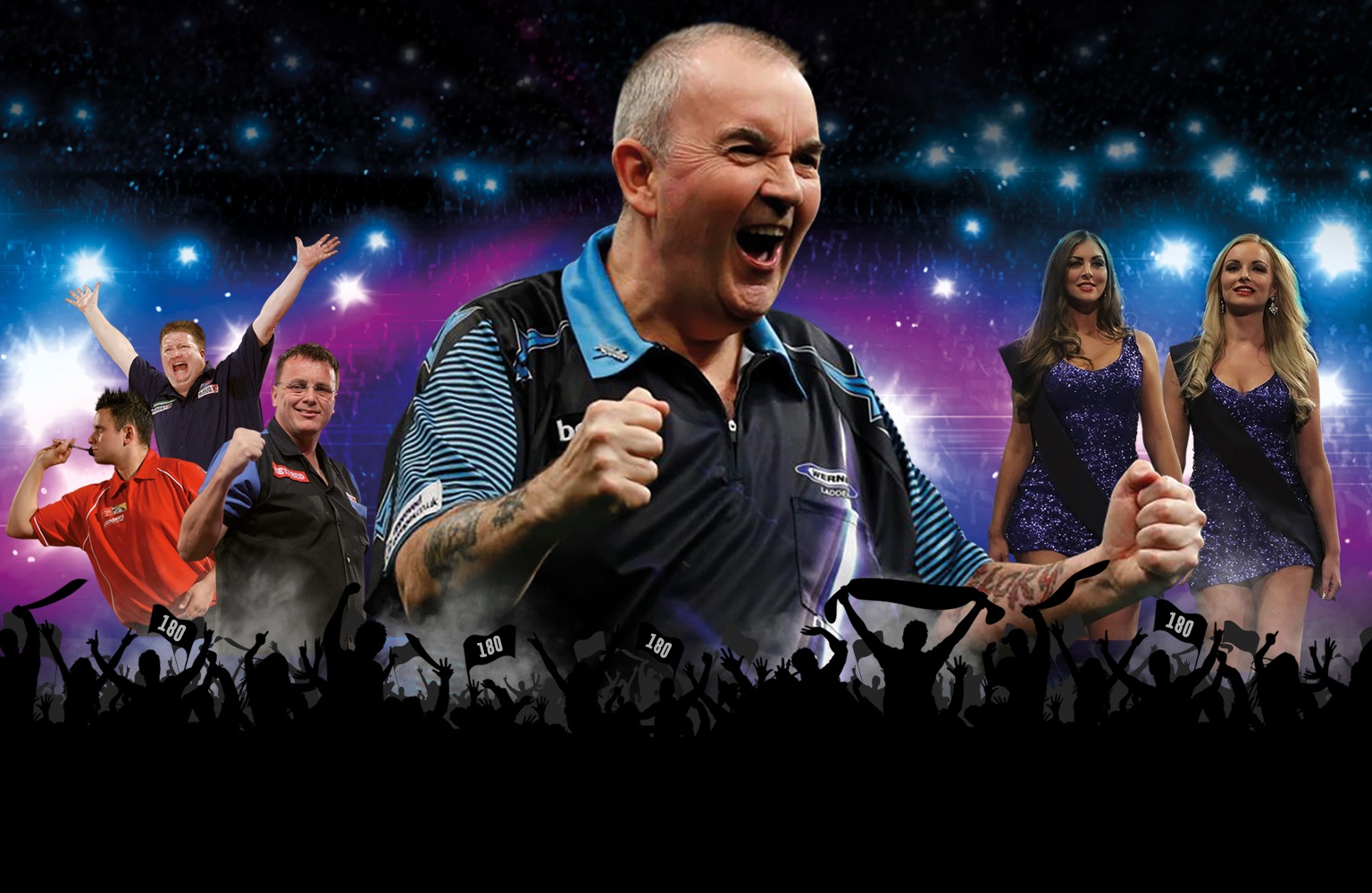 Tribute to Phil 'The Power' Taylor

Phil 'The Power' Taylor brought his 30-year professional darts career to an end at the 2018 PDC World Darts Championships with a glorious run to a 21st world championship final, but just couldn't quite leave with what would have been a 17th title. Taylor's absolute fairytale finish didn't materialise as many might have dreamed, with the 57-year-old beaten 7-2 by newcomer and first-time world champion Rob Cross.

Nevertheless, Taylor received a rapturous farewell from the capacity crowd at Alexandra Palace and was at least impressed by his opponent, even comparing Cross' outsider's victory to his own first world title in 1990. Way back then, Taylor was the unknown while the established name was his mentor, and five-time world champion, Eric Bristow. On that occasion, Taylor cruised to his first world title with a 6-1 win, and simply hasn't stopped winning major titles since. 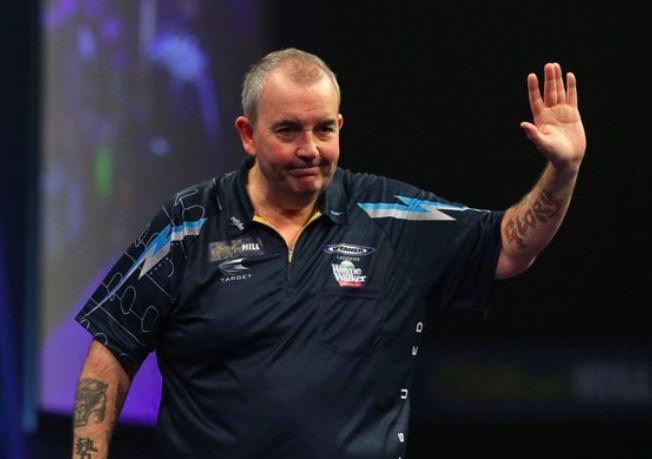 That first victory put Taylor firmly on the map, but as he moves into retirement his stats for titles and trophies are off the scale, completely unrivalled in the sport and amassed over three decades of competition where he has continually written and re-written the history books. He has over 70 individual major tournament wins since 1990, as well as four PDC World Cup of Darts titles alongside his one-time protégé Adrian Lewis.

That enormous list of wins includes record numbers of World Championship (16), World Matchplay (16) and World Grand Prix (11) titles. No player before Taylor and very few of his contemporaries have come close to sustaining such a consistently high level of performance. His victories were testament to his skill, mastery of his craft and desire for more and more success, but it is that desire - he said - that had evaporated. 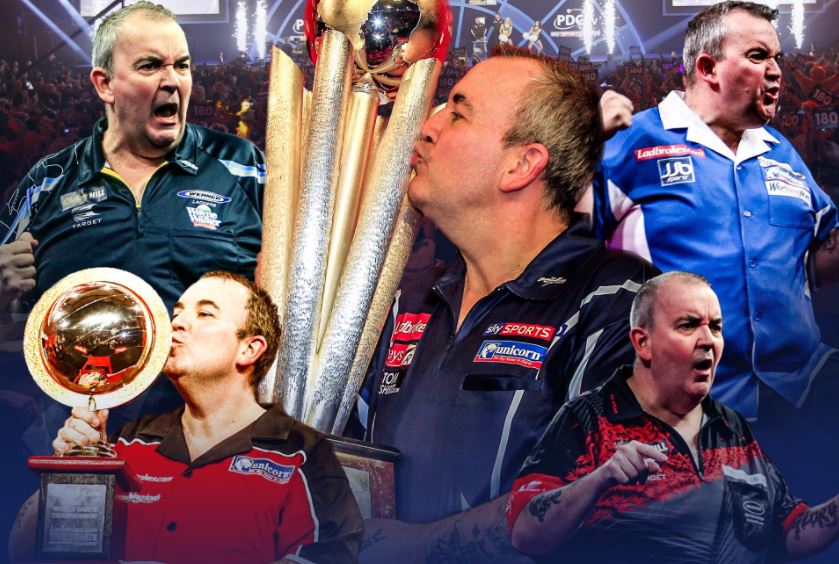 "I've had a fantastic career," he said after defeat in the 2018 world championship final. "It's been marvellous, but the youngsters coming through now are fantastic, they're young, fit and dedicated and I just can't compete with them anymore. I'd love to, but I just can't do it anymore. I'm ready to move on."

The brightest spot in Taylor's final professional chapter during the 2018 world championship final was undoubtedly the moment he proved his ability was as sharp as ever when he came within millimetres of a perfect nine-dart finish. Darts' perfect leg is still something of a rare accomplishment in pro tournaments, but Taylor has achieved this more than any other player with 11 televised nine-dart finishes since 2002, including two in one match in 2010!

Taylor is undisputed Darts Royalty and widely credited for the sport's flourishing popularity both in the UK and across the world. Professional Darts' governing body the PDC even chose to re-name the World Matchplay trophy the 'Phil Taylor Trophy' in his honour. No wonder then that people all over the world queue to watch him throw his darts, and in some special cases even play against him.

Which brings us very nicely indeed on to the subject of the very first Potters Darts Spectacular where, in association with JBD Sport, four guest challengers will have their own amazing opportunity to go toe-to-toe with their dream opponent, and take on Taylor himself in front of a big live audience.

A best-of-three-legs 301 competition will provide the challengers and they'll all share the board with The Power as all the showmanship and razzmatazz of top-level pro darts hits the Resort to create an unbeatable atmosphere and an unforgettable night in the Atlas Theatre with Darts' most successful player of all-time as the brilliant star attraction.

It might not be on TV, but at Potters Darts Spectacular you could well see The Power throw a perfect leg, and that means it's an unmissable event for darts fans everywhere. The night also features a big-name support cast in Colin 'Jaws' Lloyd, Keith 'Del Boy' Deller and Steve Brown. Lloyd was world number 1 for nearly two years in the mid-noughties and claimed both the 2004 World Grand Prix and 2005 World Matchplay titles, wrapping up the Matchplay victory in complete style with a spectacular maximum 170 finish.

Steve Brown has contested the PDC World Championship on six occasions in the last decade, and is widely known as one of the sport's foremost developers of young talent which he does through his work as Chairman of the Junior Darts Corporation.

Completing the impressive players line-up is Deller, whose win in the 1983 World Championship remains one of the biggest surprise results in Darts history. The unseeded 24-year-old had to qualify for the event, then went on to beat the world's top three-ranked players to claim the trophy, including Darts legend Eric Bristow in the final, finishing with a show-stopping 138 checkout.

Deller, from Ipswich in Suffolk, tweeted that he was looking forward to visiting a Resort he knows well: "The number 1 holiday centre in the uk @PottersResort. This will be a great night of darts with @ColinJawsLloyd @steve180brown and the biggest legend of them all @PhilTaylor @jessharding1 @DanAndCharls #darts"