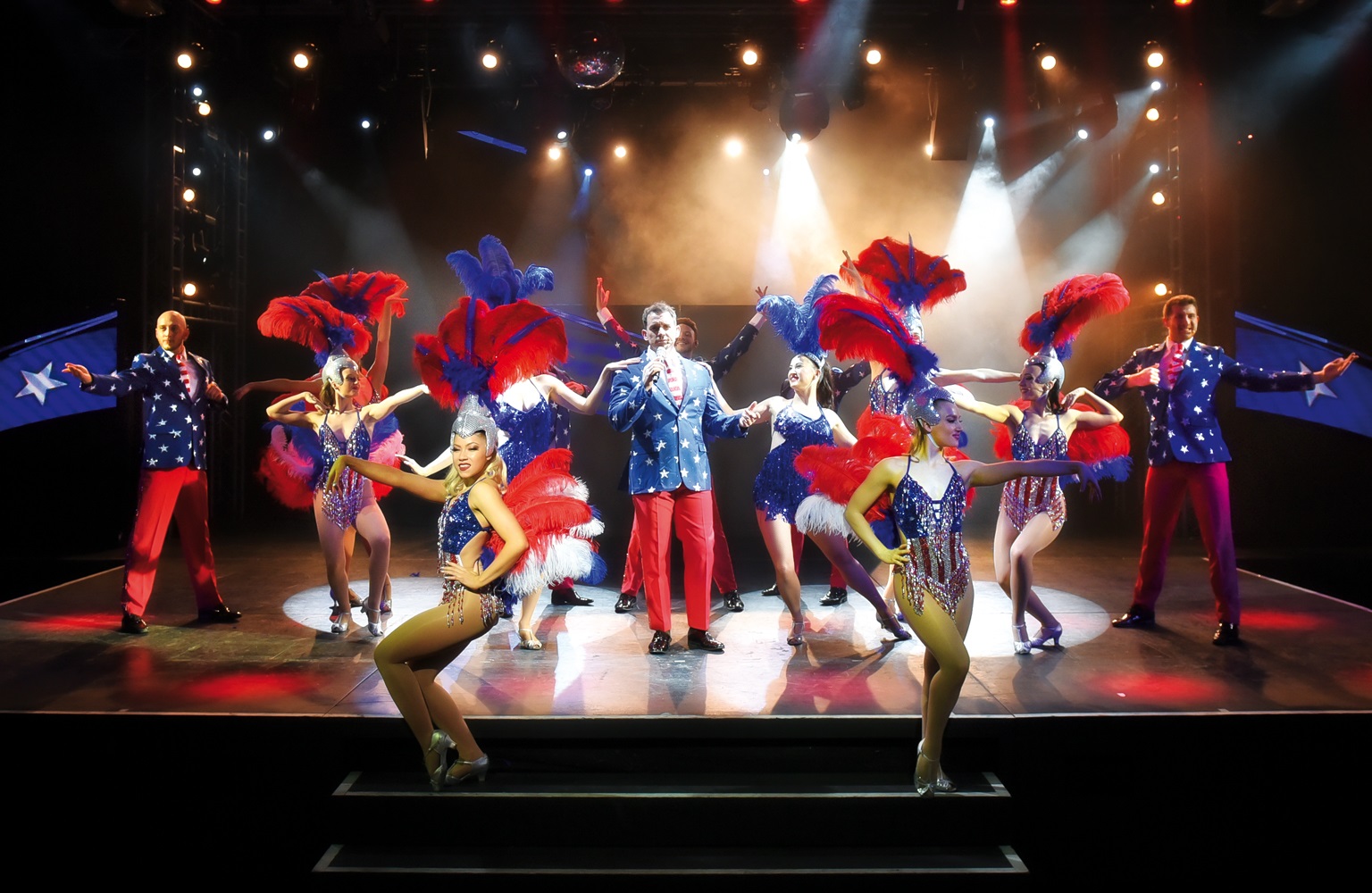 Why Potters invest so much on your evening entertainment

Did you know that Potters invest literally millions of pounds on your evening entertainment every year? That’s without all our amazing daytime entertainment and everything else happening across the Resort!

Even since its early beginnings, providing the very best entertainment has always been at the heart of Potters. Why? For your enjoyment of course...

When you sit back and enjoy a show on a break, you can take confidence in the fact you are watching some of the best performances in the whole of the UK.

Way back in the day, the responsibility of our entertainment fell on the shoulders of Geof Parsons and, for a long time, he was a one-man entertainments team. Not only did he provide and create the fun throughout the day, but he also recruited holiday guests each week to star in the evening shows. Along the way, Geof was joined by other Potters legends, like Andy Feet, and together they created an atmosphere of fun and laughter that continues to this day.

The Potter family’s vision to invest in entertainment saw them searching the country to create the finest team in the business to strengthen their entertainment. This resulted in Mark Brewer and a new team of performers joining Geof in 1984. Alongside Mark came many other well-known characters, some of who can still be found here today, like Buzby Allen and Graham Adams. Also that year, a fresh 20-year-old musician joined the team named Nigel Pattle, who became our entertainments manager in 2000.

Although only an 18-week season in 1984, the Potter family’s pioneering and entrepreneurial spirit saw them lengthen the season, until eventually we began to remain open 52 weeks a year.

Guest expectations heightened due to the quality of entertainment throughout the country on television and in West End shows, and Potters had to raise the bar to compete, so the state-of-the-art Atlas Theatre was built in 1996 and has since been graced by some of the biggest names in the world of showbusiness while also being home to Potters Theatre Company.

The Potters Theatre Company became a fully professional group in 2000 after the entertainments team were inspired by the spectacular shows in Las Vegas. Auditions in London’s West End soon began for trained and exceptional performers, and the young talent hailed the start of a new era. The 'stage' was set for many years of hard work, but ultimately huge rewards as our in-house shows - the "jewel in our crown" as they've been called - reached new heights.

The Company now has a cast and crew of over 70, with new shows produced every year featuring song, dance and comedy. Thanks to the ongoing growth and standard of the Theatre Company, we receive hundreds of applications every year from performers wishing to audition and become a Potters Theatre Company member.

From concept, through to costume design, comedy writing, lighting, sound, videography, music production, set building and choreography, the company create everything from scratch. Show creation begins with the resident creative team discussing ideas with the entertainments director, before deciding what songs will be included in the show.

Show producers edit original recordings of music to get a sense of pace and flow, and discuss initial costume and set ideas. They then manage the production schedule and filter the vision down to choreography, musical and vocal arrangements, screen creation, costumes and technical support, who all add their talent and ideas to the mix.

There's a reason why so many guests return time and time again, and it’s also true with entertainers. There really is nowhere like Potters and it's a place that many of us call home, with many performers going on to big success.

Nigel Pattle never tires of telling people he has the best job in the world. "I get paid for doing what I love, making sure that entertainment at Potters is the best in the business and that every night at the Resort is a top night."

Of course, the reason why we do it is for you, all our lovely guests. Our mission is to entertain you…