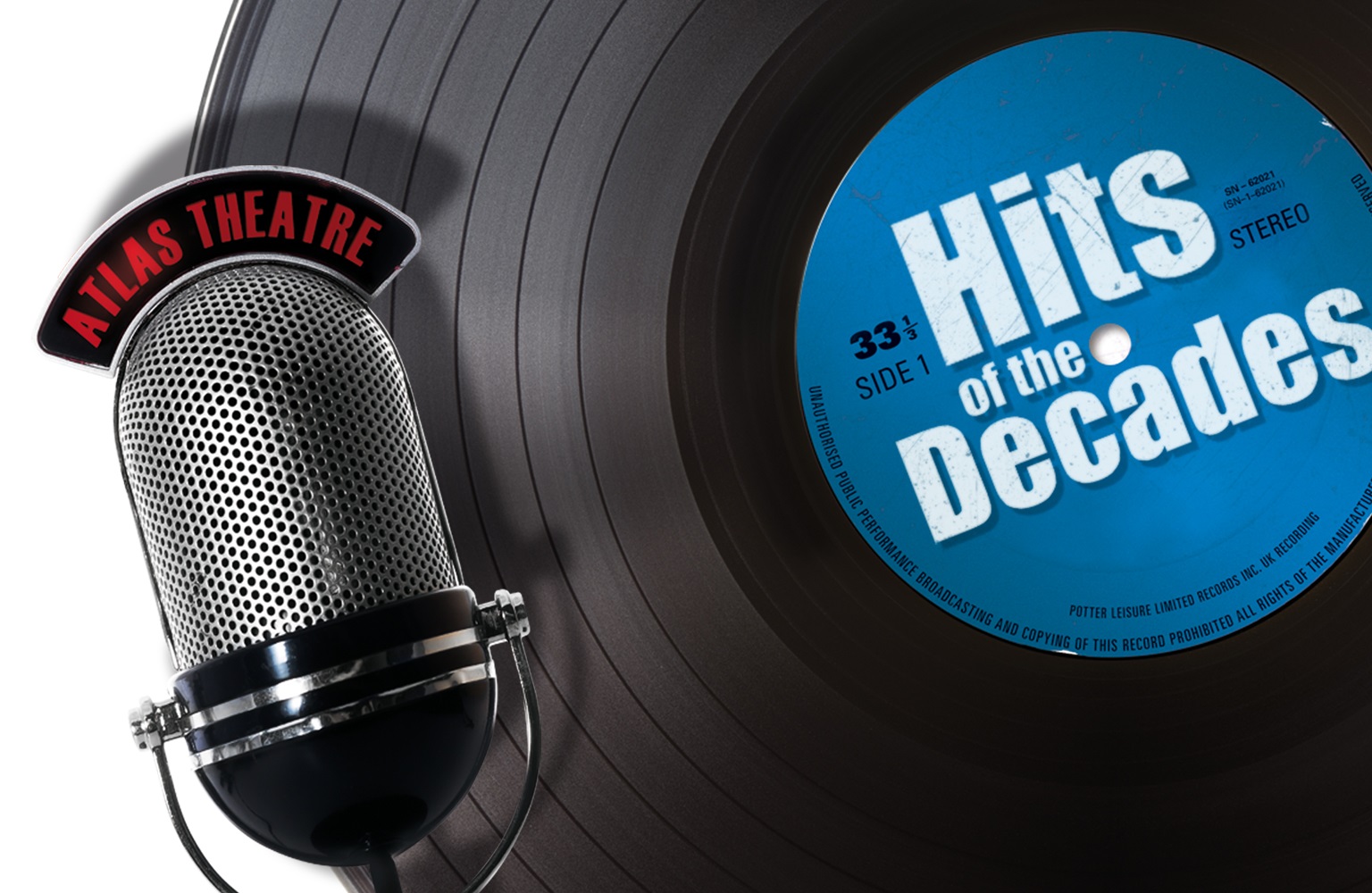 Celebrate the Hits of the Decade with Potters Theatre Company

Get ready to Twist and Shout, do the Hippy Hippy Shake, see some Kung Fu Fighting, moonwalk to Billie Jean and see some Vogue moves up close in Potters Theatre Company’s show, Hits of the Decade.

From the 60s to the 90s, each decade has had its chart topping songs and iconic stars, and once again Potters Theatre Company is delivering the very best musical memories from the decades in a time-travelling show full of nostalgia. Potters Theatre Company has once again guaranteed that there is something for everyone with a feel-good megamix, featuring plenty of laughs along the way, and is a real treat for the eyes and the ears with Potters Theatre Company doing what they do best with great vocals, stunning costumes and incredible dance moves.

Enjoy hits from Queen, Michael Jackson, Take That, Tom Jones, Cher, The Nolans, Culture Club and many, many more, and get ready to roll back the years and let the music live again. To give you the lowdown on the show, we caught up with some of the key creatives putting the spectacle together…

Potters Theatre Company Producer, Nicky Hathway, says: “The thrill of this show is seeing so many musical genres coming together in one production. We’ve used the talents of four incredible choreographers to make sure the dance moves work effortlessly with the music, and a real highlight for me is the classic 1990 Madonna track, Vogue, as I’ve always wanted to feature the song and iconic choreography in one of our shows.”

Our Entertainments Director, Nigel Pattle, has grown up with most of the songs included in the production. He says: “I love the rock section, especially We Built this City and Livin’ on a Prayer, which are two timeless songs that you can’t help turning up on the radio when they are played.”

We were also very excited to work once again with incredible star, Leanne Mitchell, who has been a vocal arranger on the show. We caught up with Leanne, who says: “It’s always a big ask for any group of singers to perform Bohemian Rhapsody live. However, the Company has raised the bar once again and the finale of the show is sure to receive a standing ovation with the classic Queen hit concluding the production.”

Of course, our Theatre Company are also supported by the incredible talents of our live band. Our Musical Director, Mike West, comments: “The real challenge for the band is the relentless pace and change of musical styles in the show. The musicians have to be at their best to be able to switch between these iconic sounds and styles throughout the show. There are 39 songs in the show, all iconic hits loved by all ages. Having the band on stage really adds to the live energy of the show, and creates a sound and visual spectacle. And any band prepared to play Bohemian Rhapsody live deserves a pat on the back!”

To celebrate Potters Theatre Company’s show, we’ve put together some of our musical highlights from the decades.

The swinging sixties was when rock and roll began having a major effect on British music, with groups like The Beatles changing the face of music. Beat music also came into its own and was a fusion of rock and roll, doo-wop, skiffle and R&B. The British Invasion saw artists such as Dusty Springfield, The Beatles, The Who, The Rolling Stones, Herman’s Hermits and Tom Jones dominate the charts in the UK and abroad. Motown and Psychadelic Rock also became popular.

Did you know…The Beatles dominate the top 10 best-selling singles of the UK in the 1960s, taking five spaces on the list!

In London there was punk, with The Sex Pistols and The Clash rebelling against the establishments, and from somewhere in space landed David Bowie and Marc Bolan, who were at the forefront of glam rock. Disco was the definition of the 1970s with classics from The Bee Gees like Stayin’ Alive and You Should Be Dancing getting people up on the dancefloor. Elton John burst on to the scene and was nominated in 1971 for best new artist at the Grammy Awards, and everyone was practicing their martial arts moves for Kung Fu Fighting by Carl Douglas. Progressive rock was popular with Pink Floyd and Queen dominating the airwaves.

Moonwalking in the 80s

The 1980s saw the emergence of dance music and new wave, and glam metal was successful in the late 1980s. The 1980s saw the reinvention of Michael Jackson, who was the first African American artist to have his music videos played in heavy rotation on MTV and his Thriller album from 1982 is the best-selling album of all time, selling 25 million copies during the decade. Michael Jackson popularised the moonwalk dance move and first performed it during a performance of Billie Jean on Motown 25 in March 1983. There was also the emergence of Madonna, the most successful female artist of the decade, and Whitney Houston. As pop metal’s most accessible band of the 80s, Bon Jovi released a number of arena rock classics during the decade, including classic Livin’ on a Prayer.

Contemporary R&B and urban pop became popular throughout the 1980s, but was overshadowed by more pop-rock and dance music. Michael Jackson continued to dominate the charts and achieve success, while British girl group The Spice Girls managed to break the American market, becoming the most commercially successful British group in North America since The Beatles. American teen pop singers and groups were popular, such as the Backstreet Boys, Britney Spears and Destiny’s Child. We can Never Forget Take That in the 90s with their love ballads, and August 1995 was dubbed the Battle of Britpop when Blur and Oasis chose the same day to release Country House and Roll With It, with Blur winning the battle.