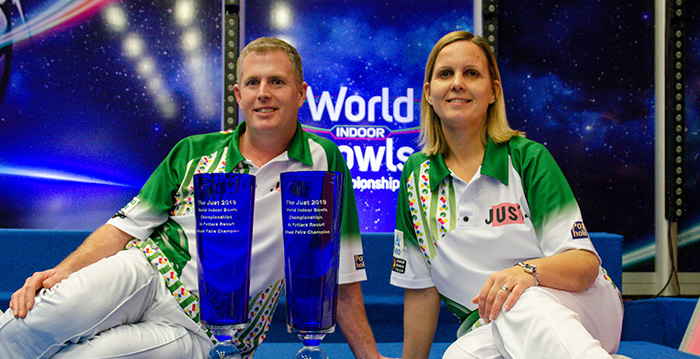 Bringing the tournament to Norfolk was the brainchild of Potters Resort’s chairman and tourism innovator Brian Potter MBE, who sadly passed away in November 2014.

Trying to think of a way to increase popularity of Potters Resort and its fantastic midweek breaks, he had his ‘Archimedes moment’ in the 1980s and developed the winning idea of offering bowls breaks.

In the mid-1990s, Brian approached the World Bowls Tour and asked if they would consider moving the World Indoor Bowls Championships from Preston if Potters built a new facility.

The stadium officially opened in 1998 when Potters hosted the national England Ladies’ Championships.

The event was an enormous success and when the World Bowls Council saw the facility in action they moved the championships to Hopton the following year (1999) from it’s long standing home in Preston, this was also the first year that Potters Resort was open all year round.